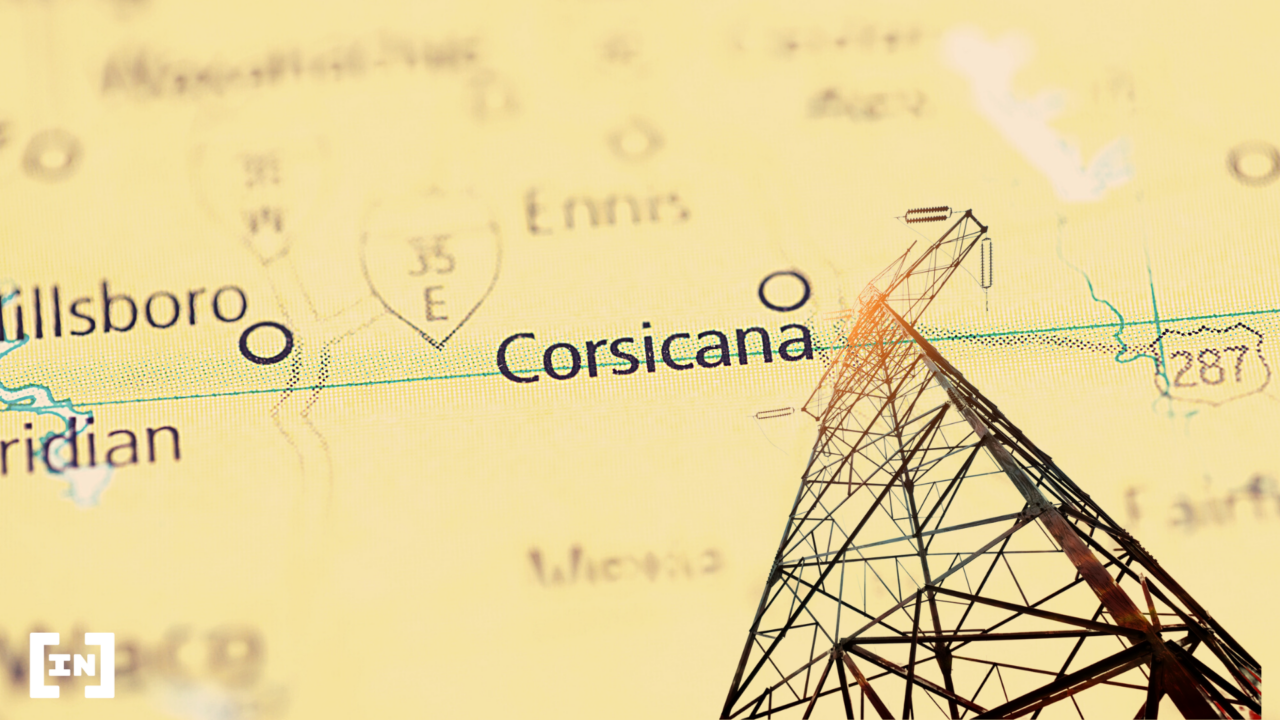 Back in April, a Colorado-based bitcoin mining company announced they would be expanding its operations to Corsicana, Texas, in efforts to use enough power that could light up to 200,000 homes.

As one of the country’s largest bitcoin (BTC) miners, Riot Blockchain (RIOT) currently operates a 400 MW facility in Rockdale, Texas, revealing that they were in the process of developing a 265-acre site for a digital crypto mining operation, which is expected to open in Corsicana in July 2023.

Lighting the city of Corsicana up

While the company says it will eventually have enough power to light 200,000 homes, the first phase of the facility will use about 400 MW of power, which is enough electricity to power around 80,000 Corsicana homes at “peak capacity.”

“Upon completion of the expansion, Riot’s developed capacity will total 1.7 GW, establishing the company among the largest bitcoin mining operations globally,” said Jason Les, CEO of Riot. “Riot’s ability to source such a significant expansion opportunity in Texas exemplifies the company’s partnership-driven approach with all stakeholders, including the company’s business partners, ERCOT, and all levels of government, to commit to sustainable economic development.”

The company says that the first 400 MW phase alone is expected to bring about 270 jobs to the area. Currently, Riot Blockchain operates a mining facility about 50 miles northeast of Austin in Rockdale, dubbed Whinstone, which has a total power capacity of 750 MW. It is believed to be the single-largest facility, by capacity, dedicated to bitcoin mining in North America.

According to a recent quarterly report, Riot Blockchain posted revenues of $79.8 million for the quarter which ended in March, missing the consensus of analyst estimates of $83.7 million.

Fort Worth becomes first city in the U.S. to mine bitcoin

A day prior to Riot Blockchain’s announcement, the city of Fort Worth became the first city in the U.S. to mine bitcoin, with city council leaders unanimously approving a pilot program involving three S9 Bitcoin mining machines which will run 24 hours a day and seven days a week.

“Fort Worth has sometimes struggled to be out of the shadow of Dallas. We love our counterpart in the east of the Metroplex, but it’s important for Fort Worth to kind of put our stake in the ground and say, what do we want to be when we want to grow up?” said Fort Worth Mayor Mattie Parker.

The city’s announcement also came on the same day as Fidelity Investments, the largest 401(k) administrator announced that it would be offering a bitcoin investment to workplace retirement plans.