The price of STEPN (GMT) has dropped by near 40% following news that the Solana-based Move-to-Earn application will ban users from mainland China. According to a Thursday Twitter post, the ban was implemented in response to “relevant regulatory policies” in the region. It will go into effect on July 15, 2022. 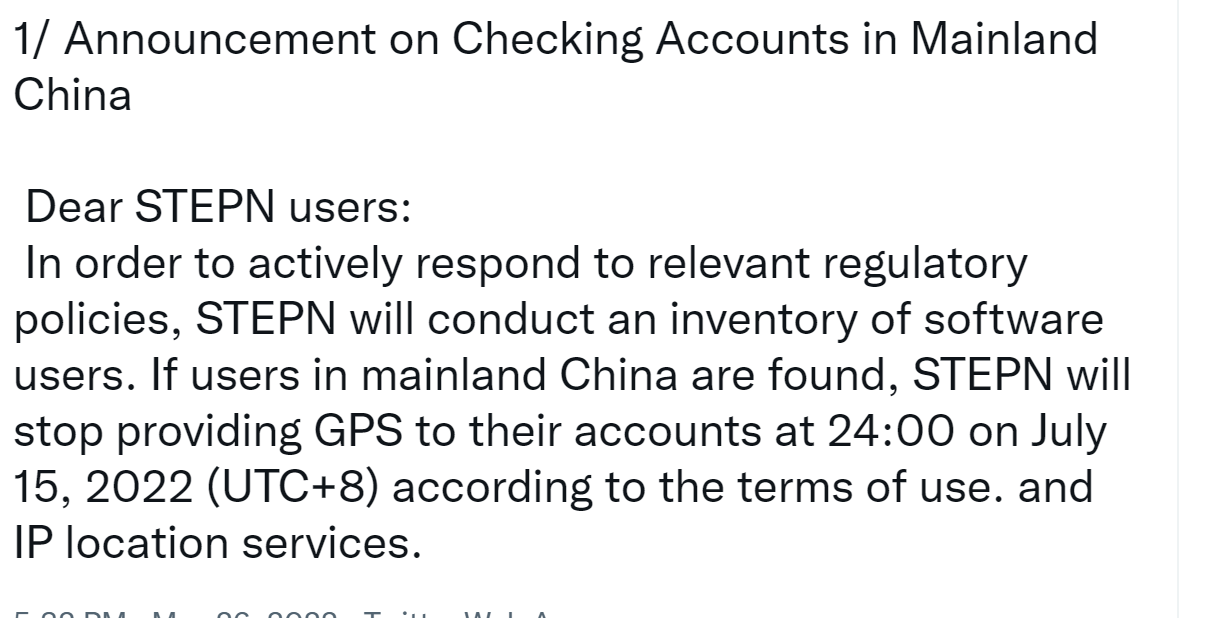 STEPN recently confirmed that Chinese users only account for around five percent of its total userbase of around three million active users. Hence, the ban on users in mainland China may not have long-term implications for the move-to-earn project.

STEPN also noted in the above Twitter update that it does not have operations in the region, but remains committed to abiding by regulatory requirements in regions where it serves users. The ban would restrict the IP address of users trying to access the app from mainland China, although this restriction can be circumvented through the use of a virtual private network (VPN).

For newcomers, STEPN is a move-to-earn application that rewards users with crypto tokens for engaging in outdoor physical activity. The Solana and BNB Chain-based project has garnered a lot of attention in recent times. Its native token GMT reached a $2.4 billion market capitalization last month.

Why is STEPN (GMT) Dumping?

At the time of writing, STEPN’s ecosystem tokens, GMT and GST had dropped significantly. The floor price of the app’s in-game NFT sneakers has also dropped from around 11 SOL to 9.38 SOL on its marketplace.

However, GMT appears to be the biggest hit on the day, losing near 40% of its value. GMT, which started the day trading at around $1.40, is currently hovering around $0.86. 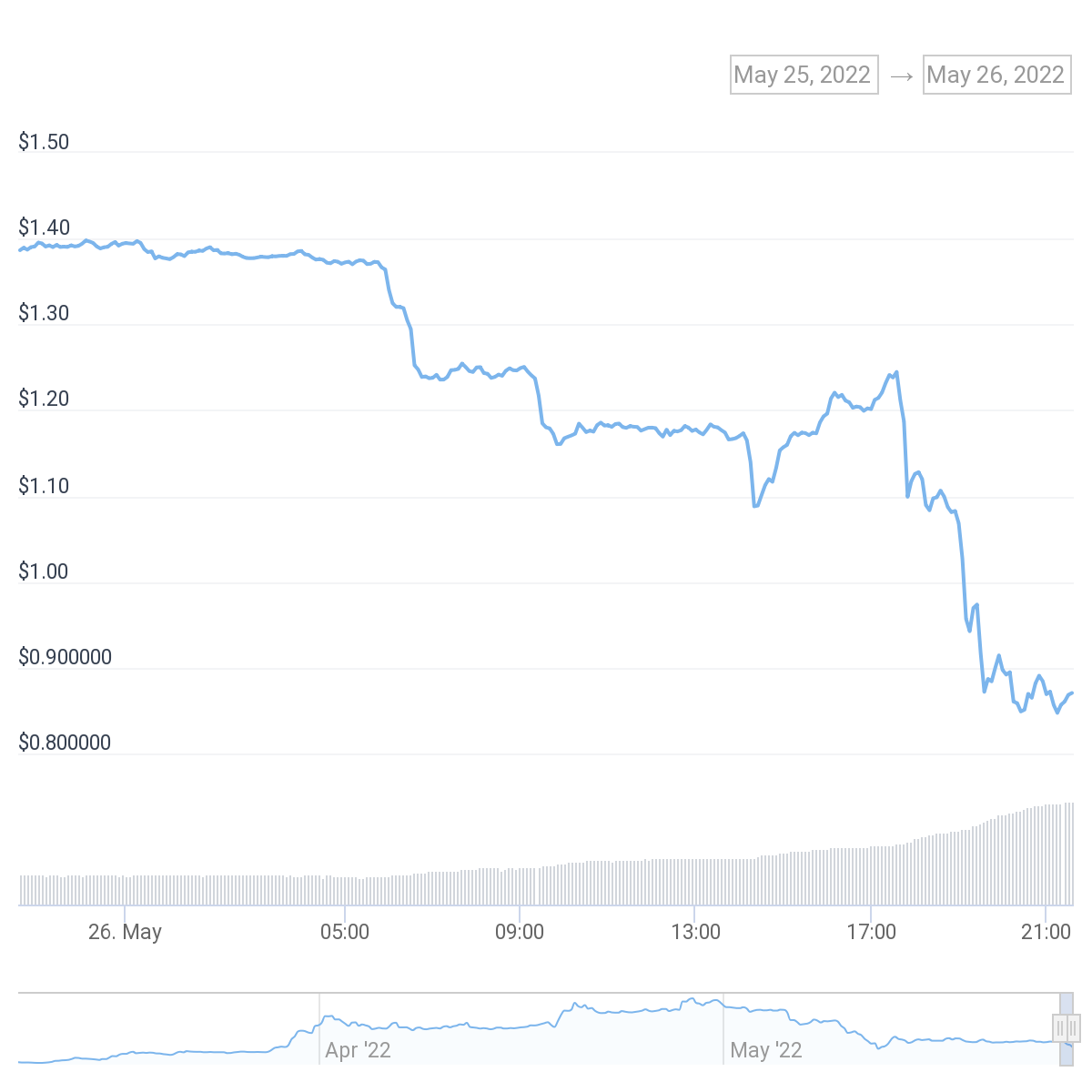 STEPN’s move to officially ban users from mainland China is not entirely surprising. Cryptocurrency-related activities have been banned in the region since 2017. A blanket ban by authorities also led to a massive exodus of Bitcoin miners from the country last year.