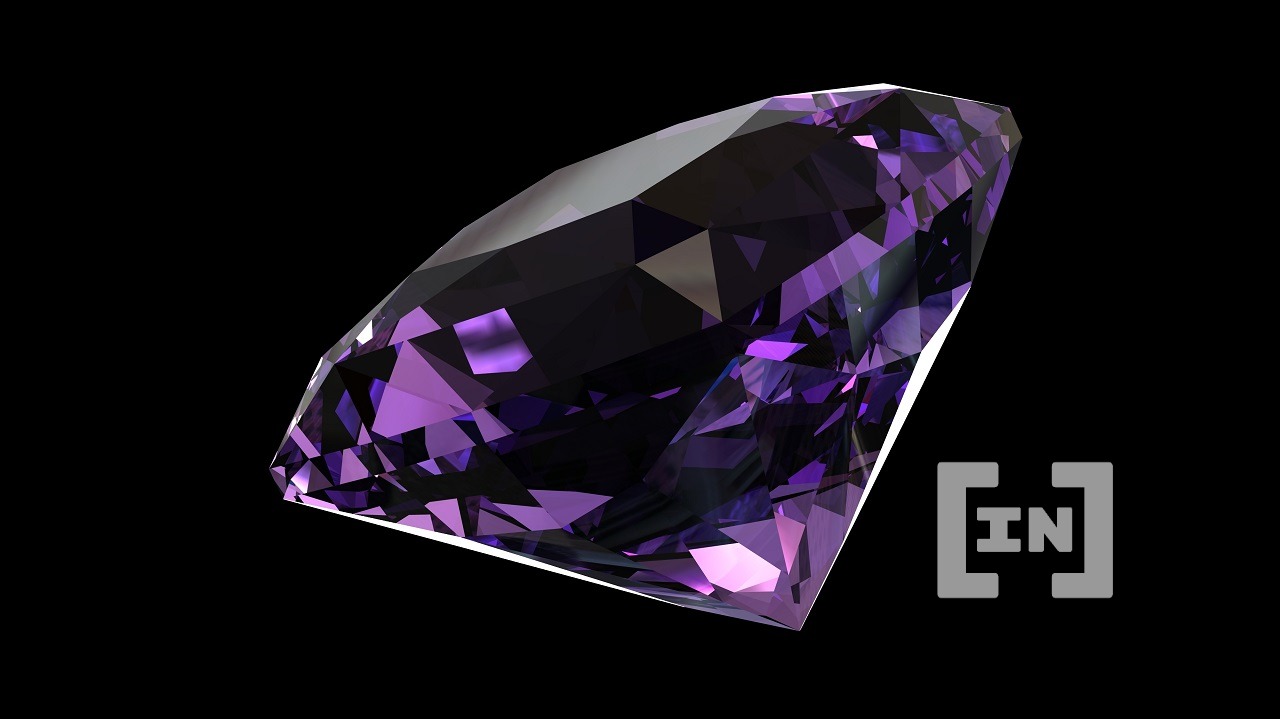 A Rare black diamond from the depths of the outer universe will go to auction in the coming months. Online auction house Sotheby’s has announced that the buyer can pay using cryptocurrency.

Dubbed “The Enigma,” the gem is a rare 555-carat black diamond. It has been in the same collection for more than 20 years. The jewel is expected to sell between US$4.1 million and US$6.8 million at an auction held by Sotheby’s in Dubai.

The crazy-beautiful and rare black diamond has a history. In 2004 the Gemological Institute of America and Gübelin, a Swiss gem house, named it the world’s largest and most extravagant black natural-color diamond. Two years later, in 2006, it was listed as the largest cut diamond in the world, according to the Guinness Book of World Records.

Sotheby’s said that a naturally faceted black diamond of this size is an extremely rare occurrence. “Its origins are shrouded in mystery – it is believed to have been created from a meteoric impact or actually emerged from a diamond-bearing asteroid that collided with Earth.”

The diamond will be displayed for the first time in Dubai between January 17th and 20th. It then goes to Los Angeles where it can be seen from January 24th to 26th. And then to London from February 2nd to 9th, with online bidding starting in February.

The diamond has 55 facets, and is 555.55 carats of diamond. The design is inspired by the human hand. It is a symbol of the Middle Eastern palm of Kamsa. It is supposed to give power and protection.

Success history with cryptocurrencies, NFTs and the metaverse

Sotheby’s is already involved in the world of cryptocurrencies, non-fungible tokens (NFTs) and the metaverse. So it was no surprise that one of the forms of payment accepted on the trading floor of such a rare and unique stone was in cryptoassets.

Last year the jewelry market leader sold The Key 10138 diamond – another 101-carat rare treasure – which was purchased for a record price of $12.3m in cryptocurrency. This makes the stone the most expensive gem ever that was purchased using crypto. At least until now.

In November 2021, the auction house sold two paintings by the mysterious artist Banksy for approximately 3,100 ETH, around $10 million at current prices. Sotheby’s is not the only auction house to accept bids in ETH. Christie’s did the same in September 2021, selling rare NFTs.

Sotheby’s flirtation with the digital world began in 2020, as a result of the restrictions imposed by the pandemic. The auction house made itself the market pioneer by presenting a live streaming auction in June 2020. The event connected New York, Hong Kong and London, and was watched simultaneously by huge numbers of people around the world.

Want to discuss this rare black diamond or anything else? Then join our Telegram group.