Ethereum [ETH] just concluded its most important week this year. ETH has unsurprisingly delivered a bearish performance after easing off the merge hype.

ETH on 18 September was down by roughly 20% after a brief stint above $1,700. Its $1431 press time price (on 18 September) was the result of post-merge sell pressure, as well as the bearish overall market conditions during the week.

The pullback led to a support restest near the $1430 price level where the price hovered at press time.

The price has already demonstrated some resistance along the same support level in the last three days. But can it sum up enough bullish pressure to not only balance out the selling pressure but also trigger a bullish pivot?

Some of ETH’s metrics indicate an increased possibility that ETH might be headed for a bullish reversal this week. For example, demand in the derivatives market is recovering. ETH’s options and futures open interest metrics have pivoted, confirming a return of demand. 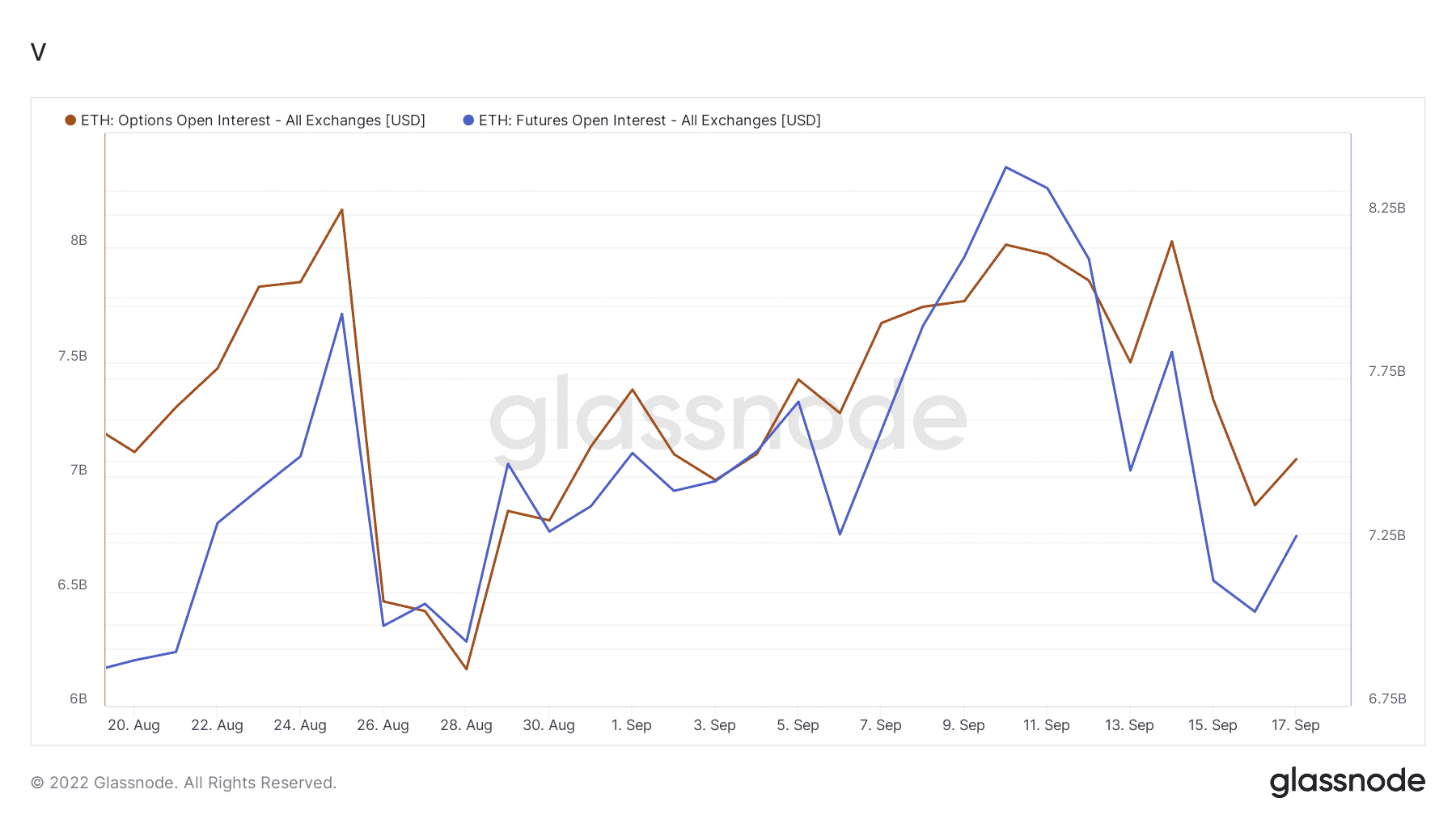 A similar pivot occurred the last time that ETH retested the current support level towards the end of August. This observation will likely contribute to improved sentiment in the spot market, an outcome that would further strengthen the bullish outlook.

The support retest also triggered an increase in the number of active deposits. As a consequence, the transaction volume has also increased in the last three days.

The increased ETH activity at the current price level somewhat indicated a return of investors’ confidence after last week’s sell-off. This might be a sign that investors anticipate a recovery in the next few days.

The observations on ETH’s on-chain metrics indicate that demand is gradually returning to normal. We will likely see an increase in the amount of buy pressure as more buy pressure floods back into the market. Enough demand can trigger a sizable rally.

Investors should take note of the volatile nature of the market and its susceptibility to change. This means the risk of another major sell-off is still live, especially in case of unfavorable market information in the next few days.

That being said, it’s important to note that on 19 September, the king alt was changing hands at $1,293 with an 11.07% decrease in value over the last day.