Owing to the uncertainty being fueled by FTX’s collapse, many members of the crypto-community have suspected that USDT could also be exposed to its negative impact. However, in a recent announcement, Tether has used their platform to put all the speculations to rest.

In an announcement, Tether claimed that it will not be facing any problems owing to Alameda’s collapse, even though they are a huge issuer of USDT. This is because unlike other institutions, Tether did not lend any USDT to Alameda and hence, was not exposed to any risk.

The statement further cited Celsius’s failure and how Tether managed to weather that storm as well.

Based on the statement, Tether has full confidence that it will remain solvent throughout this episode. It is confident that the collapse of FTX and other central exchanges will not affect it.

It remains to be seen whether this attempt to reduce FUD around USDT has worked. However, the weighted sentiment around USDT did see some positive signs.

As is evidenced by the chart, the weighted sentiment was extremely negative earlier this week, indicating that the public outlook for USDT was cynical. However, over the last few days, it has been steadily improving. This implied that the crypto-community has more positive than negative things to say about the stablecoin.

This was a sign that USDT’s supply was highly concentrated and more centralized at press time. 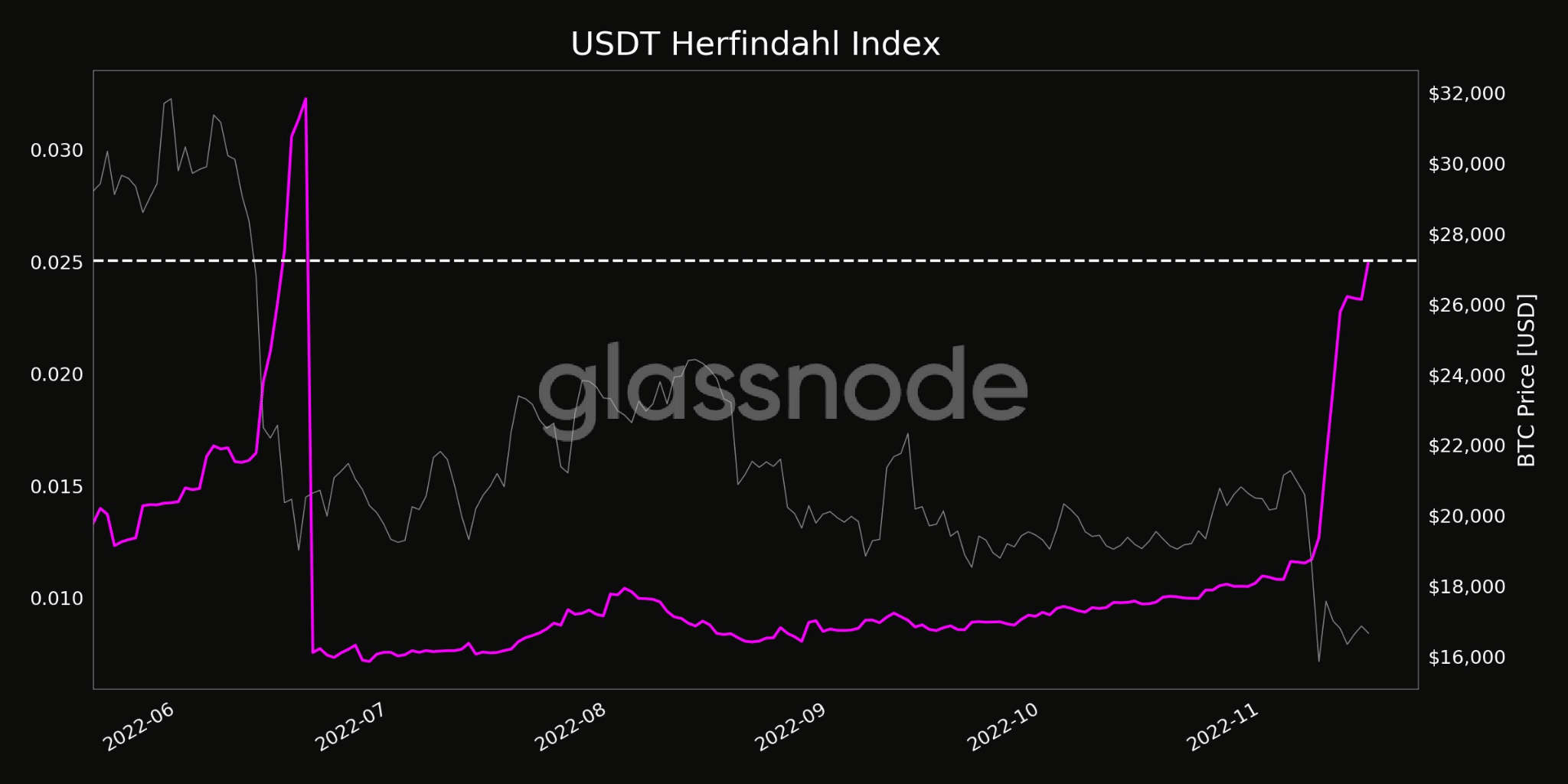 In terms of transaction count, USDT noted a sharp decline over the past few days. However, it still retained its dominance over USDC in this sector. 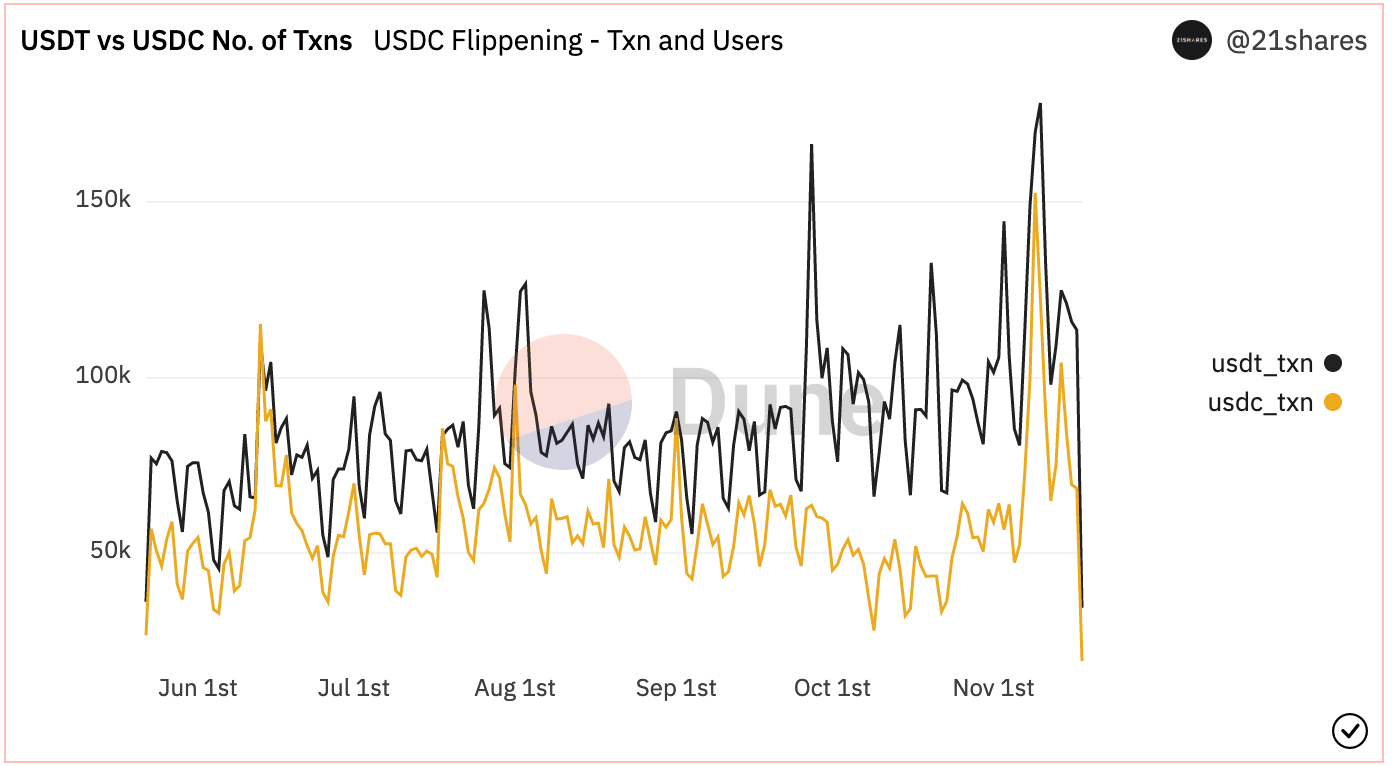 At press time, USDT’s market cap was $73 billion and it had depreciated by 0.02% in the last 24 hours. Its volume also declined over the same period, having fallen by 14.14% according to CoinMarketCap.