Two-thirds, that’s how much of the value of Shiba Inu disappeared so far in 2022. Even the biggest fans of the meme coin aren’t woofing it up much these days.

However, there’s at least one reason for hope. Notably, more Shiba Inu holders are burning their tokens. But the question is- Can Shiba Inu even burn its way to $0.001?

Shiba Inu’s burn rate reached triple digits and stood at 1,031% at one moment as highlighted in the tweet below.

At the time of writing, as per SHIBburn’s official website, the burning rate stood somewhere near the 800% mark. Despite the decrease, such an unprecedented burning rate still created headlines in the crypto community. 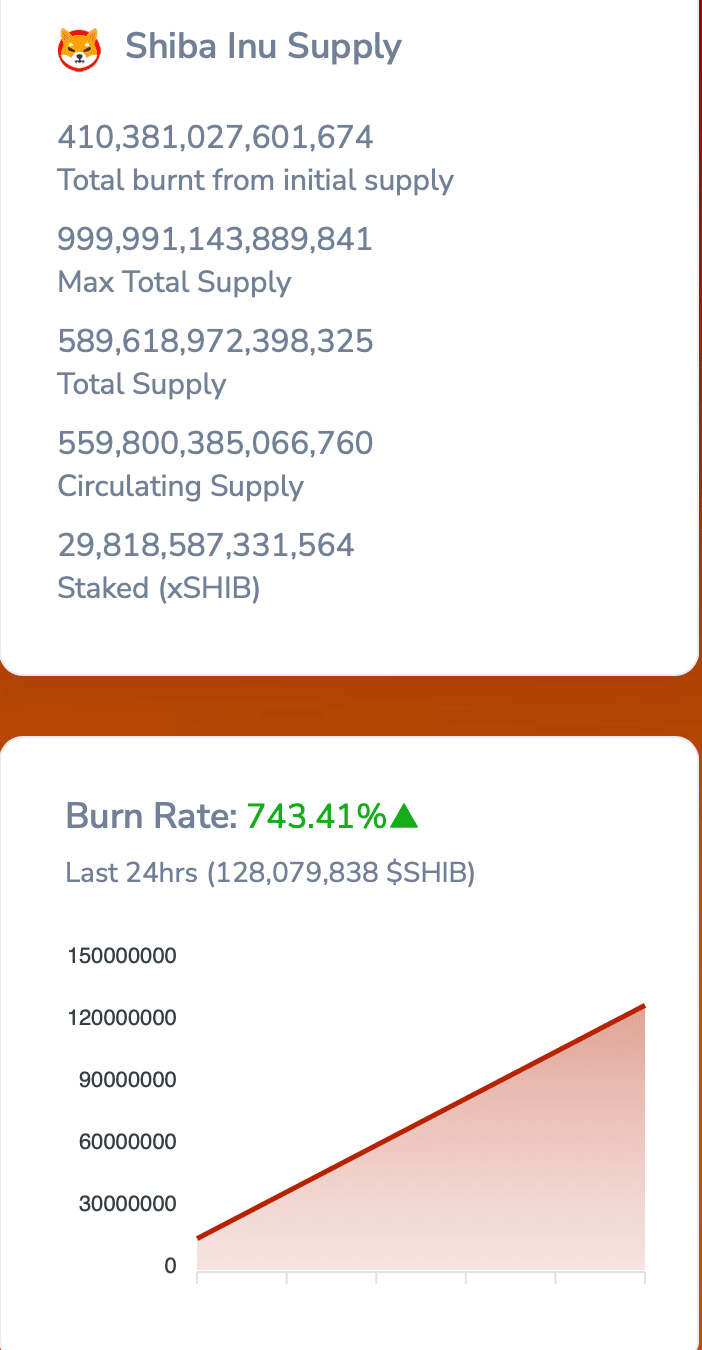 Notably, burning reduces the supply of Shiba Inu tokens in circulation. Assuming the demand for the cryptocurrency doesn’t fall, continued burning would sooner or later push SHIB’s price. But you might ask, how much burning would it take?

Well, there’s still a lot left to burn before SHIB could reach its burning epitome. The number of SHIB burned has resulted in a rather small figure of 129.4 million SHIB, equivalent to $1,430.

You might ask, why isn’t the price increasing? Well, the increase in the burn rate still didn’t allow more than 10.4 billion SHIB, equivalent to $115,000, to be burned in these three months.

In addition to this, net deposits on exchanges stood high compared to the seven-day average as per data from CryptoQuant.

This can be interpreted as higher selling pressure in the market. One of the main reasons why the price kept declining.