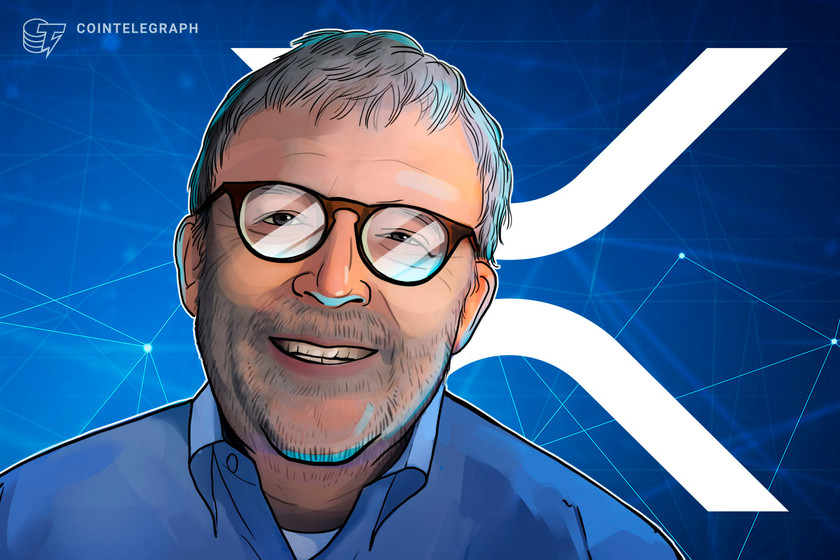 Veteran trader and chart analyst Peter Brandt is the latest figure in the cryptocurrency community to dispute the regulatory status of XRP.

According to the chartist, XRP — the fourth-largest cryptocurrency at publishing time — is a security, which means that the coin should fall under the regulatory purview of the United States Securities and Exchange Commission.

“XRP would have been declared as a security if the SEC understood cryptos,” Brandt argued in a tweet on Nov. 10.

Brandt’s comments came in response to a statement by Twitter user Rexiby crypto, who claimed that “XRP company owns almost half of the total circulating coins.” According to Brandt, XRP is a “classic case of a market being manipulated by a bag-holder.”

XRP would have been declared as a security if the SEC understood cryptos. This is a classic case of a market being manipulated by a bag-holder.

Brandt’s remarks could apparently be linked with a Q3 2020 market report by Ripple, one of the most important companies affiliated with XRP. Released on Nov. 5, the report states that Ripple was actively buying up XRP, purchasing nearly $46 million worth of the coin in Q3 2020. The company’s executives stressed that Ripple “is purchasing — and may continue to purchase — XRP to support healthy markets.”

While Ripple is trying hard to distinguish itself from XRP, the firm still owns a significant amount of the currency. According to official records, Ripple owned 60 billion XRP in July 2018, 55 billion of which was in escrow accounts. The company reportedly owns more than half of the total supply of XRP.

The long-running regulatory uncertainty around XRP has previously escalated into multiple lawsuits, alleging that XRP is an unregistered security. Though first brought up in 2018, the SEC has not provided a firm stance on the matter to date.

Ripple itself is looking to move abroad because American regulations are reportedly threatening its business. In late October, the CEO of Ripple’s backer and a major tech partner SBI Holdings said that Japan is the most likely country Ripple will relocate to should it leave the U.S.

In August 2020, U.S. representative Tom Emmer (R-MN) argued that XRP is not a security, but provided little elaboration.