Bitcoin Dominance, at the time of writing, had dropped a little over the last 24 hours, with the same observed to be at 65.05%. As far as the market’s alts were concerned, while Monero exhibited a bearish divergence, NEM was trading under a strong level of resistance after recovering with strength over the past few days. Finally, VeChain broke out of a descending channel and it could see a minor pullback on the charts. 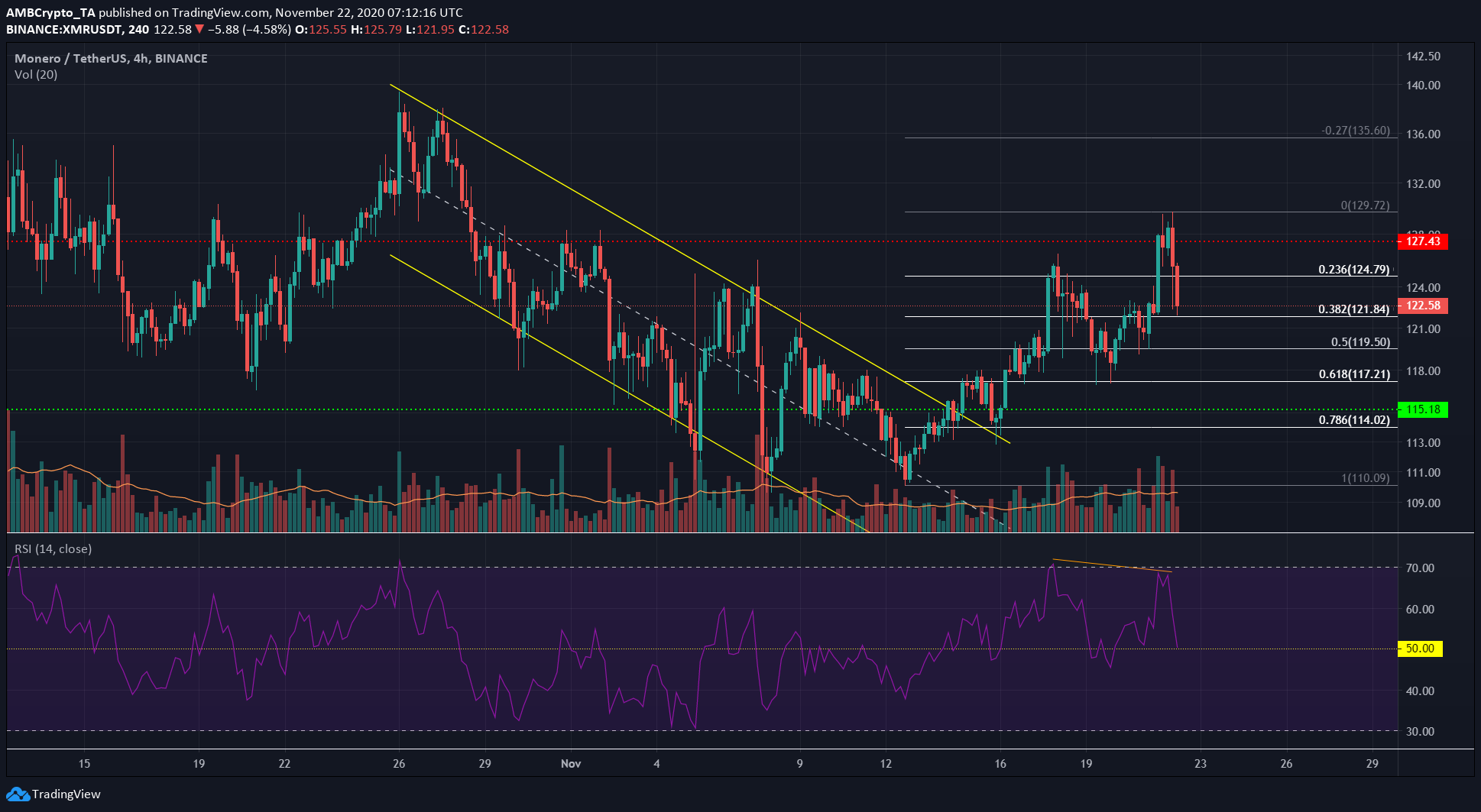 XMR rose past its level of resistance at $127.4, but it was unable to hold on to the level as a support level.

Monero was playing out a bearish divergence between the price and the momentum indicator (RSI) and it could post note more losses in the coming hours.

The Fibonacci retracement levels for the move from the swing low at $110.09 to $129.72 showed that XMR could retrace to its 38.2% or 50% levels before continuing its uptrend.

An uptrend remained in play, however, as the price formed a series of higher lows after breaking out from the descending channel. 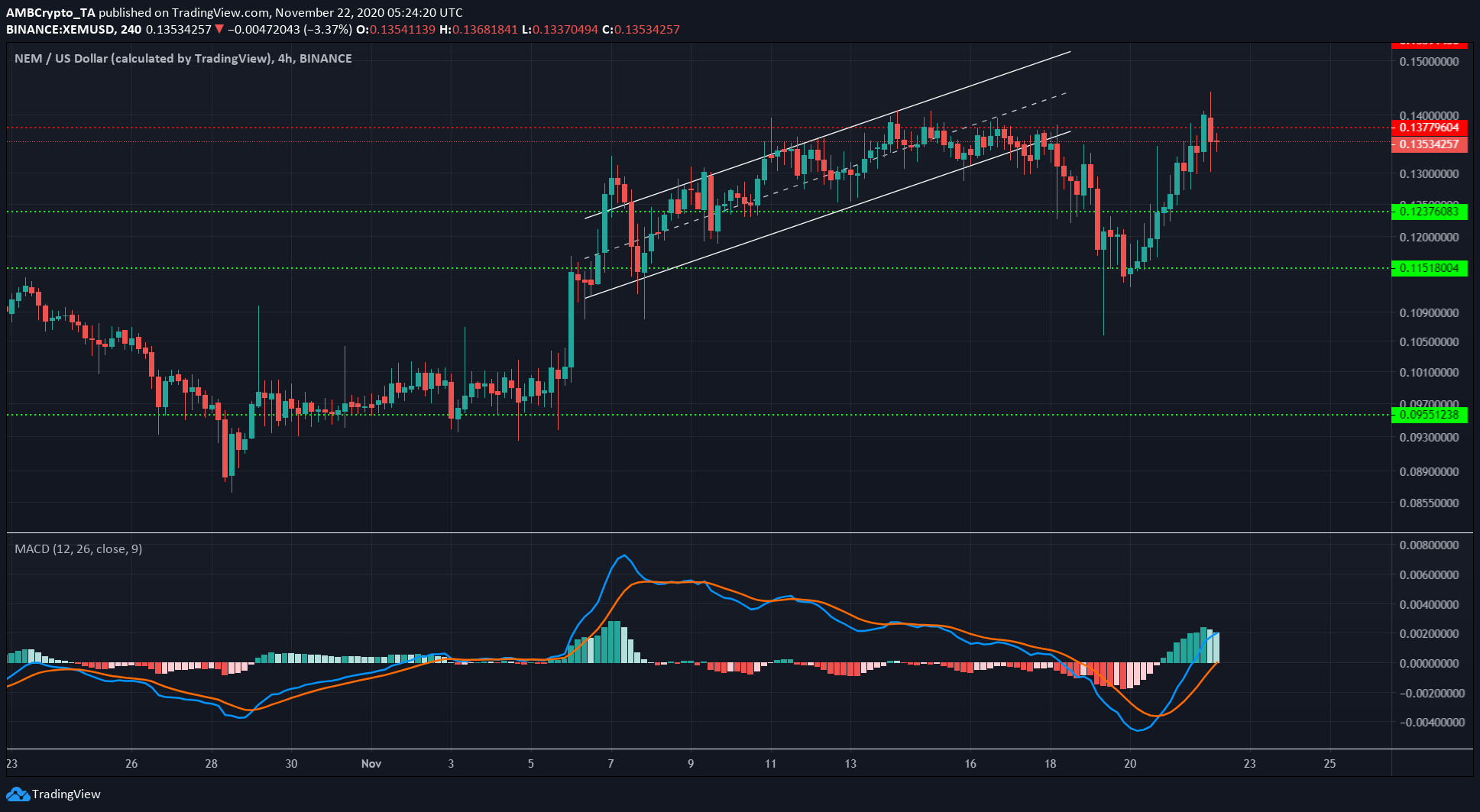 XEM dropped under an ascending channel to test the support at $0.115, before the market bulls seized the initiative and drove prices all the way back up to $0.135.

At the time of writing, XEM looked set to see a minor dip to $0.13. The MACD line and the Signal line were well apart and suggested that a small correction was due.

XEM does not have significant resistance above the $0.137-level till $0.154, so a close above $0.137 followed by flipping resistance to support would suggest strong bullishness. 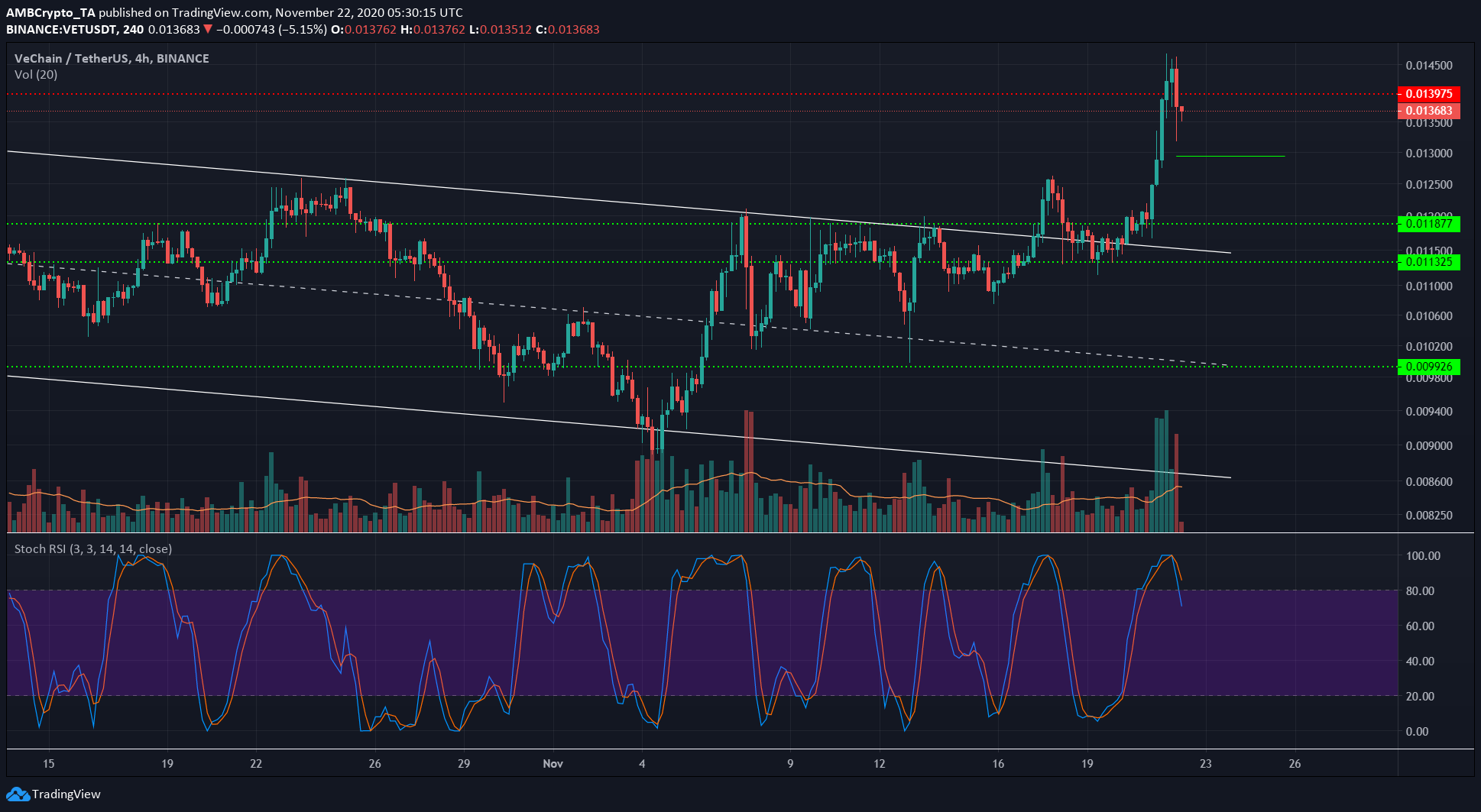 VeChain broke out of its month-long descending channel a few days ago accompanied by good trading volume. The projected target for the breakout would have been the base of the channel at $0.134, and VET rose past the level and then saw a pullback.

The Stochastic RSI was moving lower from an overbought reading and could see VET dip further. $0.13 has been a liquidity pocket for VET, hence, it is possible the price would witness a pullback to this area.

It was not clear whether VET would continue its recovery and rise past the $0.139-resistance level, or whether it would have to trade within a range over the next few days.

A trading session close below $0.123 would indicate that bulls were exhausted and bears had the upper hand.