Litecoin formed a bearish pattern and could be poised to drop lower while Tron registered slight gains in recent hours on a bounce off support. Algorand was retracing after a downward move, and a strong rejection at an important level of retracement could signal that its short-term bounce was at an end. 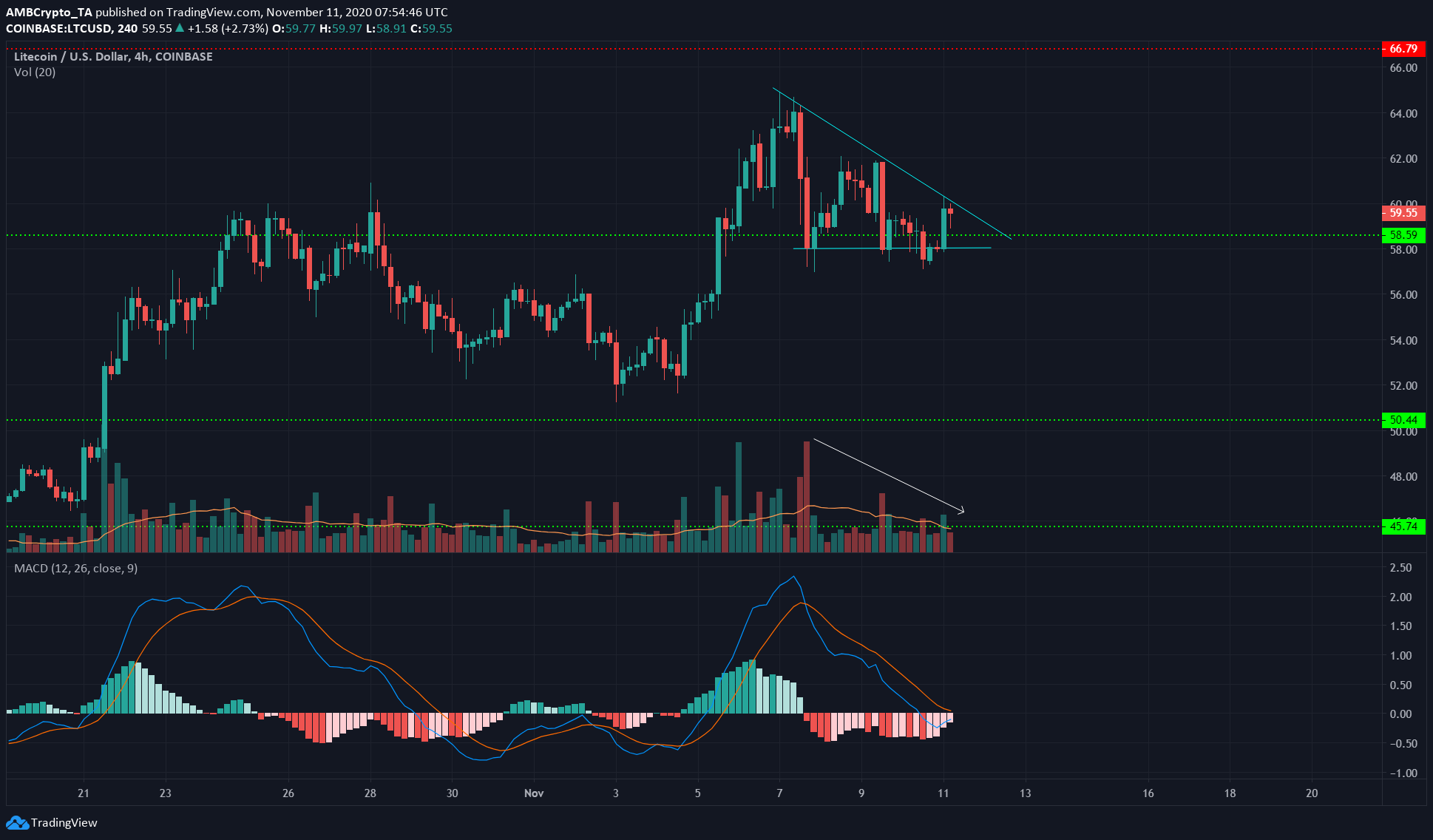 Litecoin formed a descending triangle pattern (cyan), a bearish chart pattern that can see LTC drop to $50 in the next few days. The trading volume was also trending lower.

The MACD also showed bearish momentum as it formed a bearish crossover a few days past, and was nearing the zero line to cross beneath it.

A close below $58, followed by a possible retest of the same level, can be expected for LTC, followed by a drop toward $50. The price can find some support at $54.5 as well. 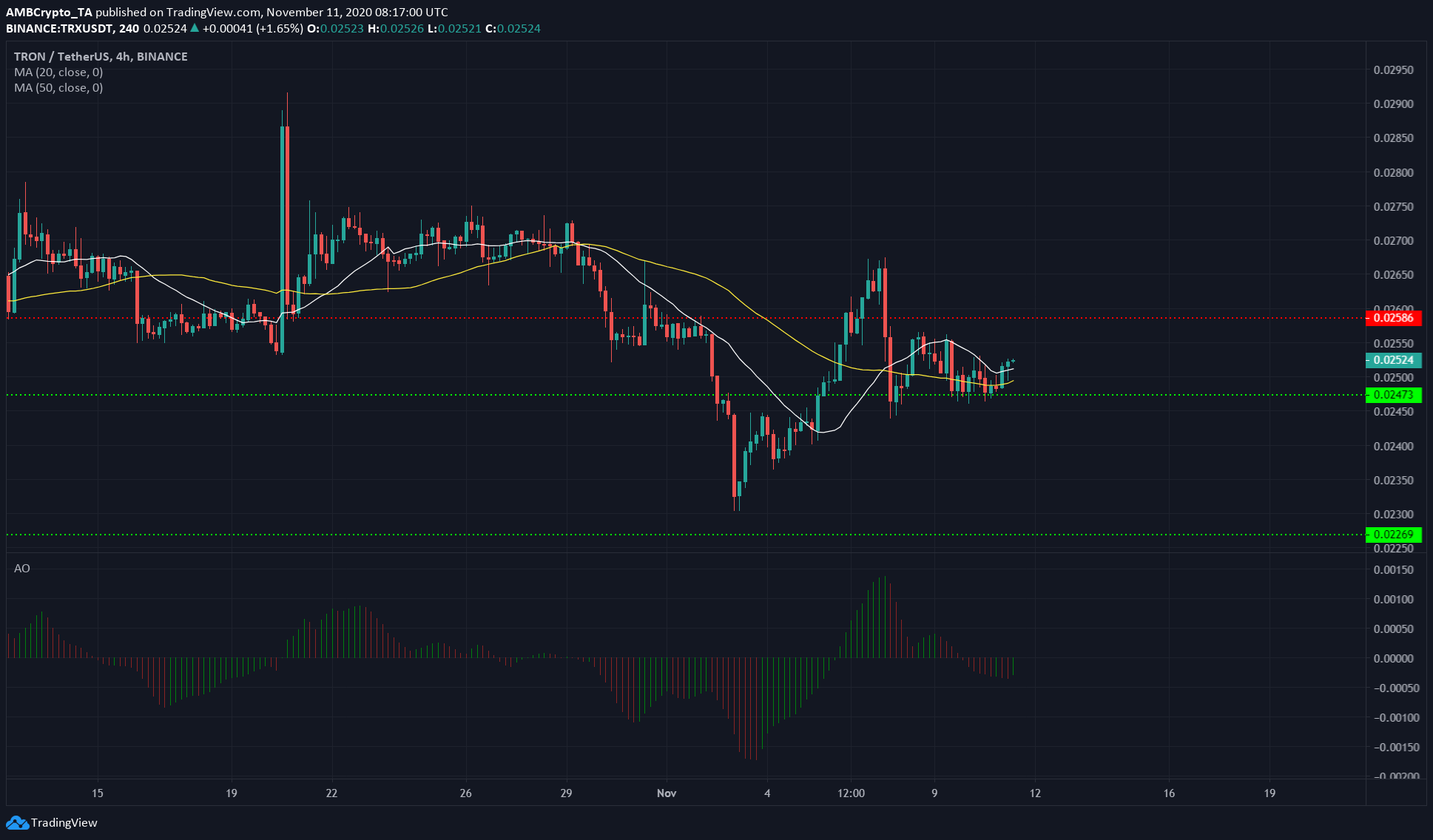 TRX climbed above its 20-period moving average (white), with its 50 SMA close to a level of support at $0.024. This suggested that $0.024 could be a strong level of support in the short-term, and a drop blow could cause swift losses.

At the time of writing, TRX was trading above the 20 SMA and indicated short-term bullishness for the coin.

However, Awesome Oscillator was in bearish territory, and a crossover to the upside can strengthen the notion of short-term bullishness for TRX.

The resistance at $0.0258 was a level to watch out for, and a flip to support could spell further gains for TRX in the next few days. 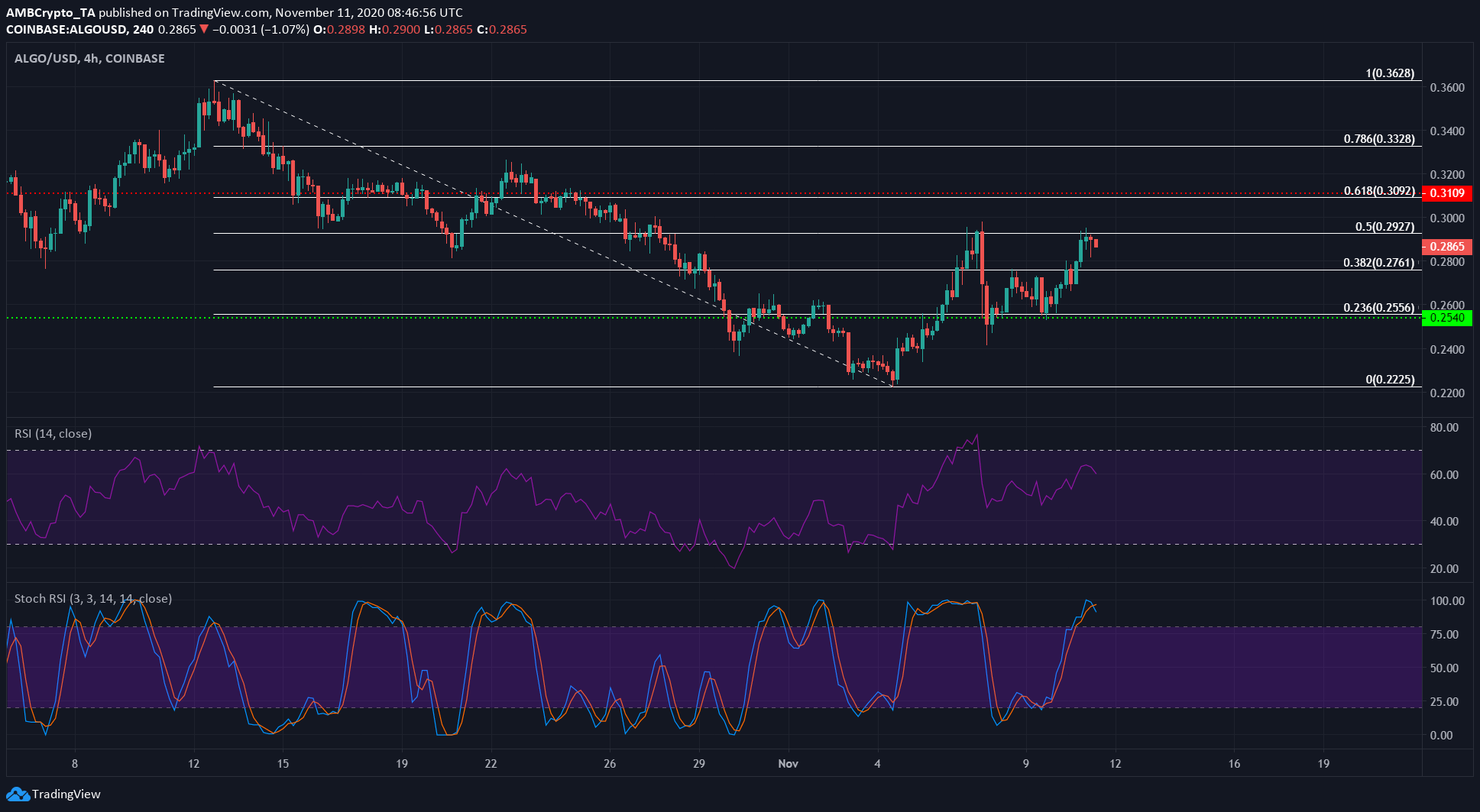 Algorand was in a downtrend and was retracing higher up before another possible drop. The Fibonacci Retracement tool for ALGO’s move from the swing high at $0.362 to the swing low at $0.222 highlighted some important levels for ALGO.

At the time of writing, it had tested the 50% retracement level at $0.292. The Stochastic RSI moved into the overbought territory. The RSI showed bullish momentum, but the larger trend was downward.