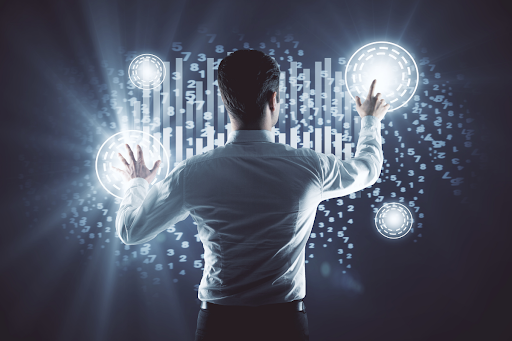 While centralization has been at the core of our technological evolution, it has also curbed the actual benefits of technology to a large extent. For instance, most of the existing internet infrastructure, also known as Web 2.0, is dominated by a handful of big tech companies. They exert full control over your online data and behavior, which has led to several problems like identity theft, unsolicited advertising, and other unwanted practices.

Other problems with centralization include (but aren’t limited to) uptime, censorship, data security and privacy, and the ability to participate in the future development of the technology. On the other hand, decentralization ensures no single source or point of failure for the network. That means that even if one node goes down, the network stays up and running, substantially increasing the difficulty for an attack to take down an entire network.

Decentralization also means that you own your data and can control how it’s shared with other people or entities on the internet without needing anyone’s permission (not even Google’s, Facebook’s, or Amazon’s). In this digital age, people are getting more and more privacy-concerned. Accordingly, the coming migration from Web 2.0 to Web 3.0 is inevitable.

Blockchain-based projects are playing a key role in this movement. By offering a multitude of decentralized products and services, be it web hosting, data storage, identity management, finance, gaming, and almost every other mainstream activity, decentralization is gradually making its way into the big leagues. With that in mind, here are four decentralized projects that stand out for spearheading this generation’s most significant technological disruption.

A Decentralized Network Powered By Smartphones

Even though blockchain technology is all about decentralization, the increased adoption of cryptocurrencies has ultimately resulted in the involvement of deep-pocketed players. As tokens like BTC became more and more popular (and valuable), the underlying ecosystem that enabled these tokens to thrive has also become centralized.

Third-generation blockchain project Minima aims to solve this with its ultra-lean blockchain protocol that works seamlessly on any mobile device. This means that users can finally run full nodes on their mobile phones and tablets. The general idea is to allow every user to become a node participant while enabling the underlying network to work at a level of decentralization that is impossible to achieve in legacy blockchain networks.

By design, Minima is a base-layer protocol that can operate globally atop existing infrastructure. It addresses the rising concerns of energy consumption and sustainability clouding major networks like Bitcoin and Ethereum. What sets Minima apart from others is that it is a blockchain designed for mobility with users at the heart of the network. No matter where you are, you can start mining and taking part in the maintenance of Minima without any geographic constraints. The platform has already onboarded over 5,000 node contributors across 94 countries.

Data plays a key role in decision-making and is the driving force behind global economies, big corporations, and almost everything. While several Web 2.0 solutions help maintain quality, integrity, and reliability, they are inherently limited by their centralized nature.

Authtrail unlocks a new frontier by leveraging blockchain technology, bridging existing data with Web 3.0, thus taking data management to a whole new level. The platform has positioned itself as an on-chain data integrity service provider by supporting an end-to-end solution for data trust and traceability of transactions, effectively balancing user-friendliness and affordability.

Authtrail simplifies linking virtually unlimited amounts of data with a single transaction on a blockchain, ensuring fast and affordable data transactions. Data anchoring and verification at an enterprise scale are made possible through Authtrail’s affordable and easy-to-use SaaS service. The platform is backed by a consortium of angels and venture capital funds, helping Authtrail collect $3.6 million from a recent funding round.

A Promising Alternative To Ethereum

DeFi (decentralized finance) ranks among the fastest-growing blockchain-based ecosystems over the last couple of years. While Ethereum still dominates the bulk of the DeFi market, the overall DeFi ecosystem is fragmented, leading to a liquidity shortage. At the same time, Ethereum’s rising gas costs and slow throughput has forced users and service providers to look for other alternatives.

Leveraging this opportunity to the fullest, AdaSwap aims to build an inclusive DeFi ecosystem on the Cardano blockchain. AdaSwap will serve as an end-to-end ecosystem builder for Cardano and facilitate a diverse range of use cases. At its core, AdaSwap will offer a trustless DEX (decentralized exchange) alongside a super-fast gasless AMM (automated market maker). Through these features, AdaSwap will unlock DeFi use cases such as staking, farming, launchpad, marketplace, and much more on Cardano, one of the most formidable competitors of the Ethereum-killer race.

The platform already has the first-mover’s advantage as it is the first project on Cardano to take the DeFi direction. Its recent token sale on Cardstarter was oversubscribed, thanks to the underlying hype followed by a discussion on leading channels like Banter Capital and VoskCoin. To further expand its range of offerings, the AdaSwap team is also exploring the possibilities of Djed, a Cardano-based algorithmic stablecoin by the COTI Network.

As the number of online businesses continues rising, the amount of user-generated data and personally identifiable data has also increased dramatically. Almost every other website or app requires users to provide multiple details when signing up for the first time. Since all the data is stored in centralized servers, they become easy targets for cybercriminals.

KILT Protocol offers a promising alternative to this problem. Launched in 2018, KILT Protocol is an open-source blockchain protocol for issuing verifiable, revocable, anonymous, and claims-based credentials in Web 3.0. KILT Protocol serves both users and developers by delivering a permissionless trust infrastructure for real-world business cases. Anyone can use the platform to represent their identity online without revealing unnecessary or irrelevant details.

To further its mission of making Web 3.0 the epitome of inclusiveness, fairness, and transparency, in November 2021 the KILT team transitioned the entire network into a fully decentralized blockchain, handing over the control of the project to its community members. KILT Protocol is now managed via governance voting where every KILT token holder will have their say – showcasing yet another example of blockchain democracy in action.