Chainlink saw some positive news in the past few days, amid the carnage that the market witnessed in the wake of the FTX crisis. Active addresses soared to a high that was previously witnessed in May 2021. This could be a sign that Chainlink’s recovery might be strong.

Bitcoin saw a dip to $15.4k earlier this week but it was quickly reversed in the past 24 hours of trading. Was this move upward the genuine beginning of a rally, or was it more of a bull trap?

Chainlink climbs back above $6.2 but the bulls still need to fight against the bearish pressure 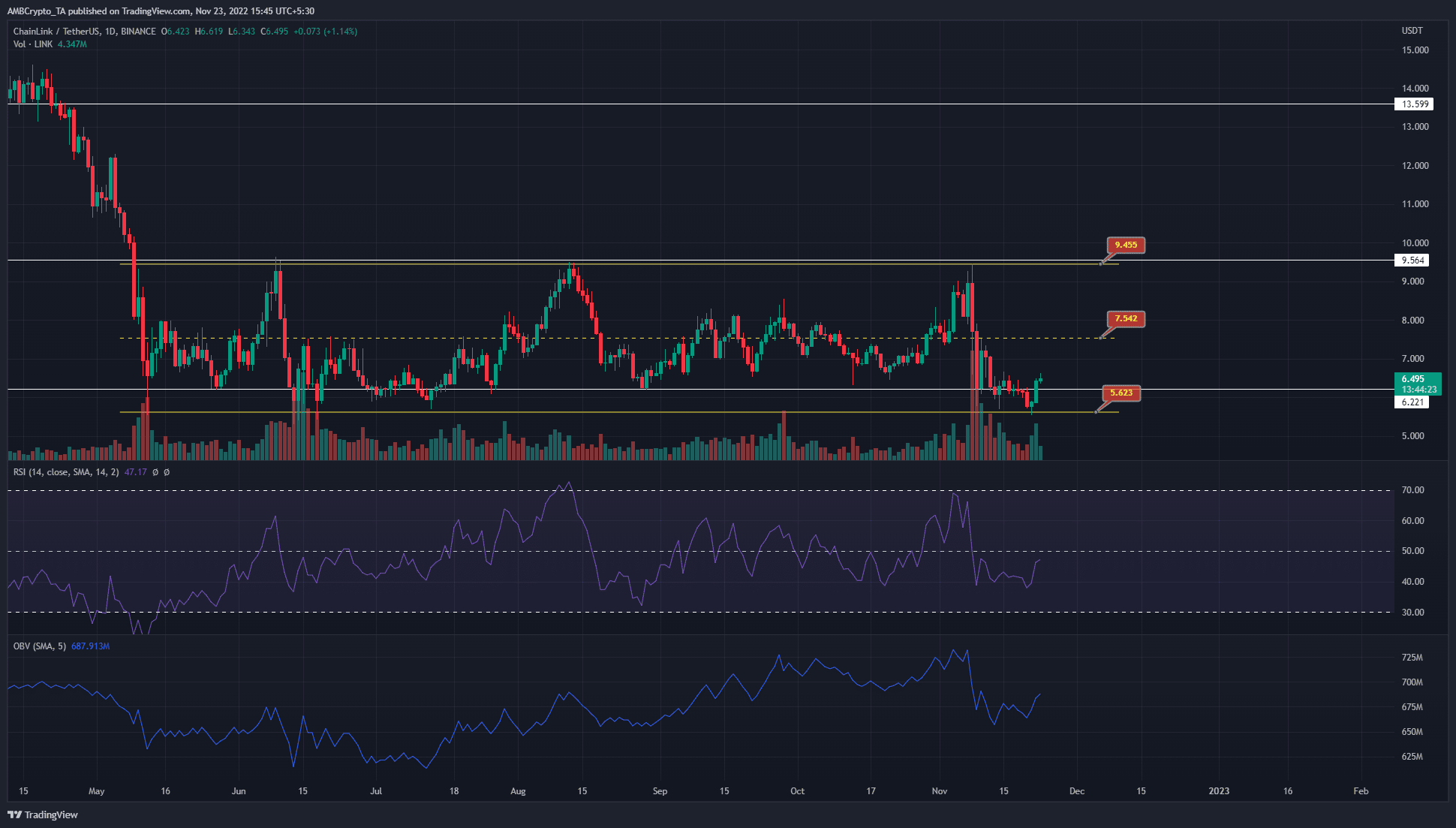 Chainlink traded within a range (yellow) since May. This range extended from $9.45 to $5.62. In the past few days, the range lows were once more respected and the price saw a bounce there. Trading volume also increased in the rally from $5.6, which suggested some demand was present behind the move.

However, on the 1-day chart, the price still had a bearish structure. LINK needed to flip the $6.5-$6.65 region from resistance to support before the bulls can have some confidence in a move toward $7.5 and above.

The RSI remained beneath the neutral 50 mark to highlight that the bulls do not yet control the direction of LINK. Meanwhile, the OBV also broke beneath the higher lows it formed in October. This was a setback for the buyers, who had shown steady buying pressure since mid-July.

The $6.2 level was also broken in the recent lower timeframe rally, and a retest of the same could offer short-term traders a buying opportunity. For longer-term traders, buying in the $5.6-$6.2 region on a retest with bullish targets of $7.5 and $9.4 was possible. Invalidation of this idea would be a session close below the $5.6 mark.

Exchange flow saw a huge spike in the past few days. This showed a large inflow of LINK tokens into exchange wallets. It was unclear whether a wave of selling will follow, or whether the tokens were deposited for derivatives purposes. However, a selloff scenario was something traders might need to factor in.