Along with many other cryptocurrencies, Aptos too faced the impacts of the FUD generated by the FTX debacle. However, over the past few days, APT managed to perform well.

Moreover, according to LunarCrush, Aptos’ social mentions increased by 7.91%. And, at the time of writing, the total number of social engagements stood at 52.23 million. 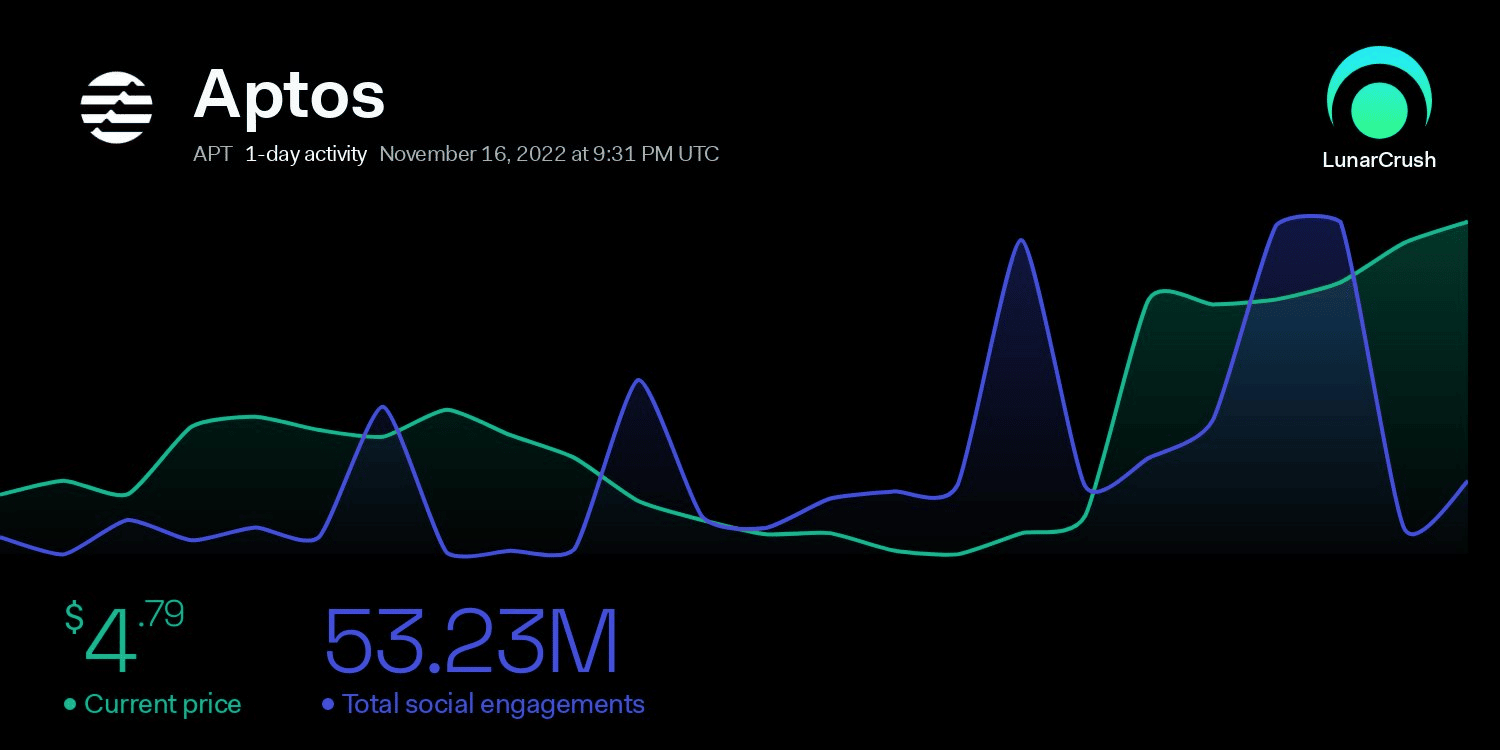 Furthermore, in the DeFi space, there were new developments being made on the Aptos network.

DApps such as Argo, a lending protocol on Aptos, launched new features to attract more users. Despite innovation in its DeFi space, Aptos’ TVL continued to decline.

As can be seen from the image below, Aptos’ TVL declined significantly after 7 November and did not witness much positive movement over the course of the past week.

In terms of the NFT market, Aptos’ blue chip NFT collections such as Aptos Undead witnessed a decline in its volume. According to data provided by NFT marketplace Topaz, Aptos Undead’s volume depreciated by 65.39% over the last 24 hours.

However, another popular collection, known as the Aptos Monkeys, noted an increase of 31% in terms of volume. Despite this increase in volume, its floor price continued to decline and plummeted by 6%, according to Stocktwits NFTs.

Moreover, Aptos’ development activity also took a hit over the past week. Thus, indicating that the number of contributions being made by the Aptos team to its GitHub had declined.

Coupled with that Aptos’ trading volume also witnessed a fall. It declined all the way from 521 million to 304 million over the past seven days.

Despite all these negative developments, APT’s price action remained positive.

At the time of writing, Aptos was trading at $4.52 and its value had appreciated by 5% over the last 24 hours.

Its volume also witnessed a massive uptick of 90% during the same time.