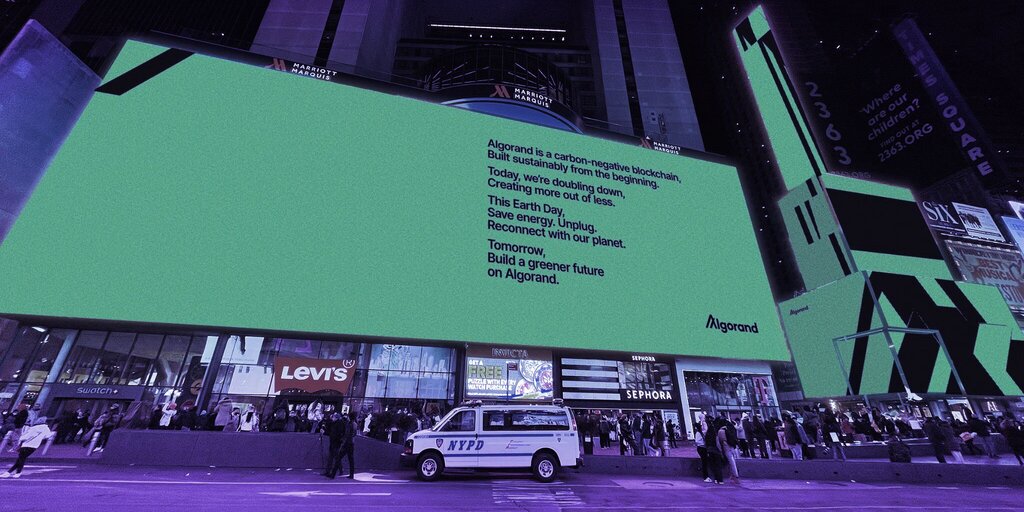 Algorand CEO Steven Kokinos has resigned to pursue “other interests,” but plans to continue as a senior adviser until mid-2023.

Kokinos is leaving Algorand the company, but not Algorand the blockchain. Early Wednesday morning, Kokinos shared in a statement that he’ll be moving on to “focus on key projects in the Algorand ecosystem that will help scale adoption.”

Kokinos didn’t specify which projects, and he hasn’t yet responded to Decrypt’s request for comment.

Today I want to share with the #algofam that I’m transitioning out of my current role as @Algorand’s CEO to focus on key projects in the @Algorand ecosystem that will help scale adoption. (a ?).

“Honored to be stepping in,” Ford wrote on Twitter.

Algorand—created by MIT professor Silvio Micali in 2017—aims to solve the “blockchain trilemma,” which is the idea that no blockchain can achieve scalability, security, and decentralization simultaneously.

Algorand proponents claim the blockchain solves this problem. Algorand has two “layers” and operates on the proof-of-stake consensus mechanism, where ALGO token holders can earn rewards for participating in block production.

As a blockchain designed for smart contracts and decentralized applications (dapps), Algorand has seen some adoption. LimeWire and Napster are using it for their blockchain projects, and FIFA has made Algorand its official crypto sponsor.