Stepn also earned more than $26.8 million and $122 million in the first and second quarters of 2022 respectively, The Block previously reported.

While generating ample revenue this year, Stepn struggled to find the right tokenomic balance at certain points. As The Block Research’s Erina Azmi wrote in April, users who surpassed level 30 lost key ways to burn their tokens, which could lead to the inflation of GST, one of its in-game tokens, if not corrected. 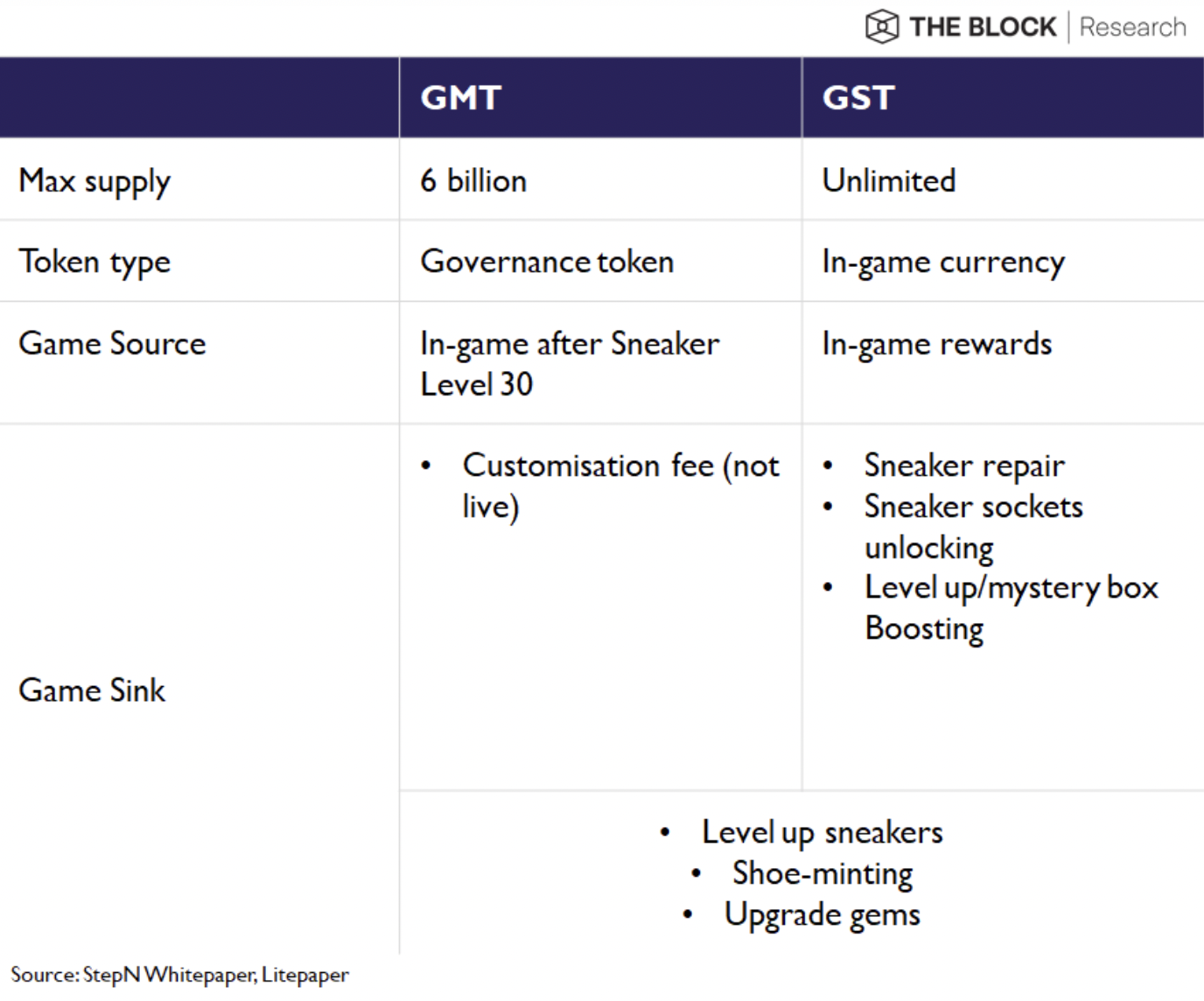 A breakdown of Stepn’s in-game currencies.

The stakes were high as prior play-to-earn giants like Axie Infinity experienced a drastic decline in users after its in-game token decreased in value due to inflation. Stepn saw its own decline in user in April when the price of GMT, the game’s second in-game currency, fell 80%, reducing with it the game’s monthly users from 700,000 to less than 100,000, Azmi writes. Thus, maintaining stable prices for GMT and GST were crucial.

Throughout the year, though, Stepn implemented ways to regulate the token supply such as through token buy back and burns that reduced the amount of GMT in July, helping to make its gaming ecosystem more sustainable.

© 2022 The Block Crypto, Inc. All Rights Reserved. This article is provided for informational purposes only. It is not offered or intended to be used as legal, tax, investment, financial, or other advice.