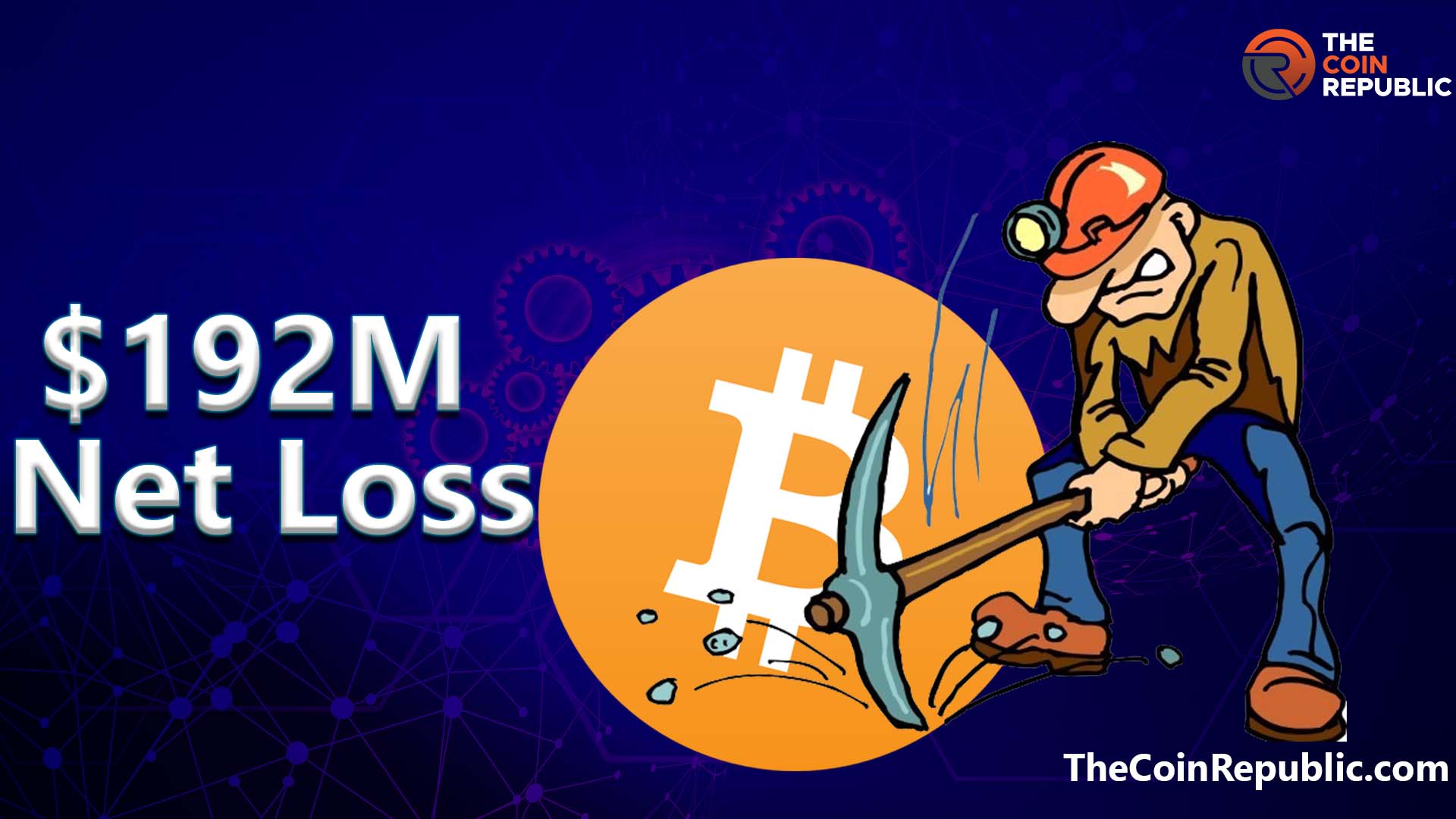 Marathon Digital, a crypto miner, has suffered a net loss of around $192 million in the second quarter. The company stated on Monday that it is mainly because of the BTC’s declining price. While the loss suffered by it last year was recorded to be $109 million. During the three-month period, a record $127 million impairment on its bitcoin holdings was also published by the mining rig.

In the second quarter, Marathon mined 707 BTCs. Because of energization delays in Texas, it experienced a 44% decline. In addition, it also suffered weather and maintenance issues that affected its power generating facility in Montana. On Monday, the stock price of Marathon Digital closed at $14.43 increasing by 1.8% the same day. Over the last month, the stock has risen 85% but it has dropped to 56% year to date.

Fred Thiel, the CEO of Marathon Digital, said during the company’s earnings call that the second quarter was challenging for the industry and Marathon, in particular. The CEO explained that BTC mining is a budding industry and has no rulebook. Despite that, the executive is confident that the company will grow considering their growth. In order to achieve its target of 23.3 exahashes per second of computing power, the company has done hosting arrangements.

Marathon refinanced its existing $100 million revolving line of credit and added a $100 million term loan on July 28. Both facilities are secured by bitcoin and mature in July 2024.

Last week, the company said it has increased the credit facilities with Silvergate, a crypto-focused bank. Marathon refinanced its existing $100 million revolving line of credit. On July 28, the company included a $100 million term loan. As of July 2024, Bitcoin and mature secure both facilities.

In an August 5 note, David Rochester, Chase White, and Joe Flynn, the compass Point Research & trading analyst, disclosed that mature miners such as Marathon Digital and Riot Blockchain have begun surpassing other miners increasing by 150% and 95%, quarter to date. This year, miners are down by 67% and Stronghold Digital, down 80% has triggered the downfall.