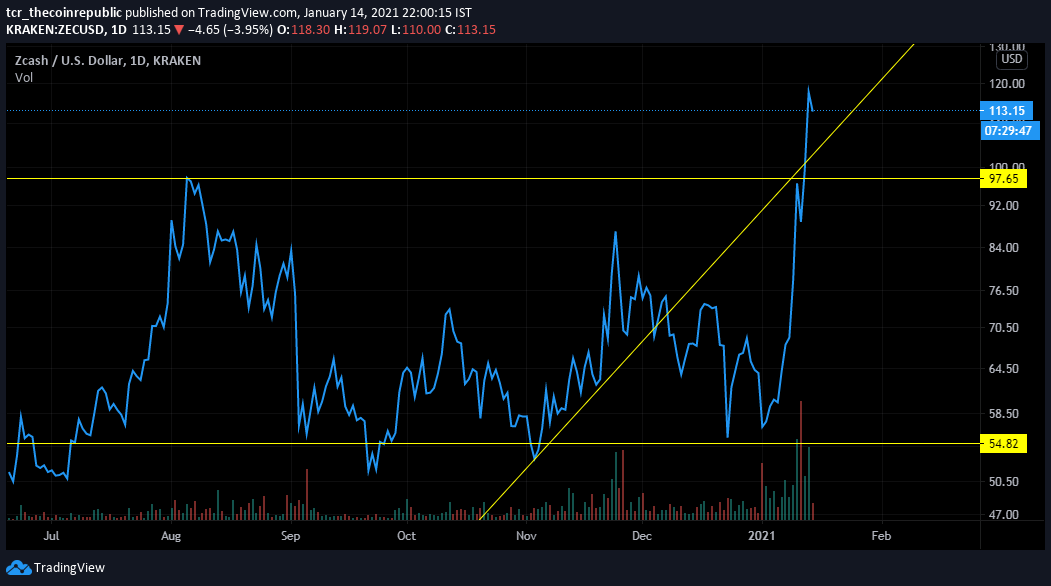 Zcash Coin Price Indicating That The Bulls Haven’t Exited The Positions Yet! 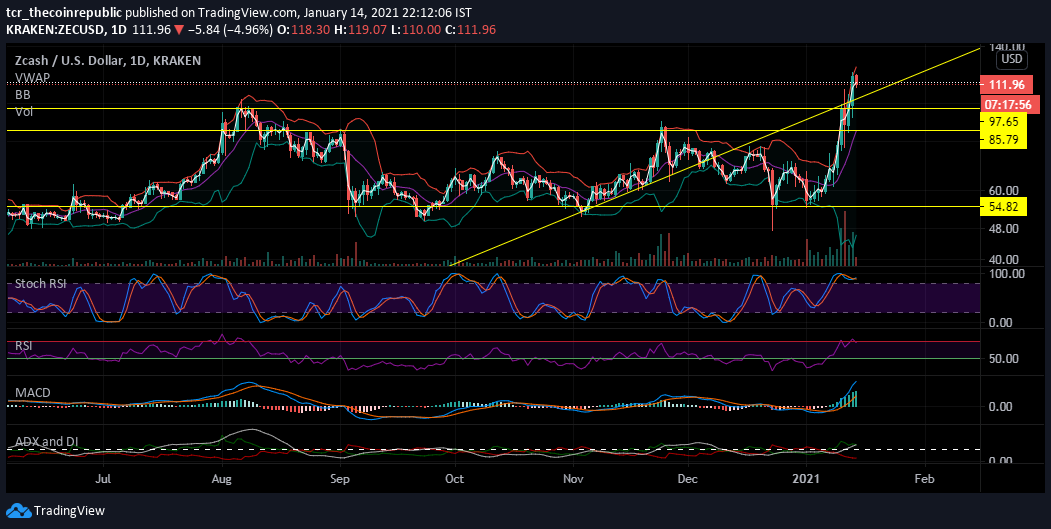 Zcash gave a triangle breakout and surged by 105% from $55 to $105 and is still hovering above the previous resistance of $98. Considering toys candlestick, it doesn’t seem as if the bulls are done yet.

Bollinger Band shows contraction on the selling side. However, the buying pressure persists. The median lies at 85.27, which will prove support to the coin if it declines below $100. Meanwhile, the upper band is providing resistance at $124 levels.

Stochastic lines are revolving in the overbought territory. The lines are still headed towards up and signify that there is strength in the trend.

RSI line is returning from the overbought territory of 75 levels, one of the potential reversal signs. RSI is currently at 71, and the support lies at 61.

MACD(8,21,5) is forming divergence pointing towards the diminishing strength of the current trend. A reversal of the signal line towards the slow line can make the bears take over the trend and push it back to retest $100.

ADX line and ADX+ are presently around 35, inferring towards a strong bullish momentum. In addition to that, ADX- is at eight levels, pointing towards weak selling pressure on the coin.

Zcash coin price is hovering above the resistance of $100 levels, which was once a 52 week high of the coin. Now that the coin has made a new high of $120 levels. The coin’s immediate support lies at $100 while resistance lies at $120 levels.