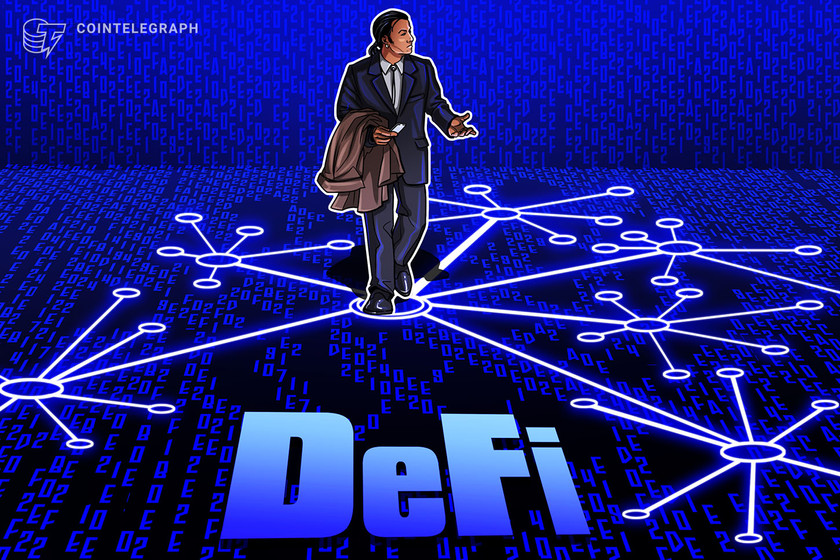 While 2020 will go down as one of the toughest the world has faced collectively in many years, the success of the decentralized finance sector stands out as a major milestone for the cryptocurrency community.

Amid the ongoing COVID-19 pandemic, economies have shuddered, and governments and financial institutions have had to introduce drastic monetary policies and stimulus packages in order to revive the global marketplace. As a result of this uncertainty and monetary policy, alternative asset classes such as cryptocurrencies have become an attractive target for investors, businesses and institutions.

2020 has been a big year for Bitcoin (BTC) in particular, with the preeminent cryptocurrency having reached levels that have not been seen since its infamous bull run in late 2017. Perhaps more telling is the fact that Bitcoin has broken a new record for the overall market capitalization.

This period of success has been accompanied by a DeFi boom, which has drawn some parallels to the initial coin offering craze that tagged along as Bitcoin approached the $20,000 mark for the first time in history some three years ago.

DeFi is its own beast, though, and has laid down some impressive numbers in 2020. Its popularity has increased due to a surge of activity and value move into the Ethereum ecosystem and the greater blockchain and cryptocurrency space. At the same time, there are concerns that the DeFi space is going to lead to a large number of users losing funds in projects that don’t work out for whatever reason. This may subsequently hamper any further development potential and the overall image that the sector is trying to build.

The state of the space

The rise of DeFi applications also added some impetus to the rising price of Ether (ETH) in recent months as investors climbed into the yield farming sector. At the time, decentralized applications running on the Ethereum blockchain accounted for just under 50% of the total value of the Ethereum ecosystem.

As this data shows, the utility and worth of DeFi platforms are clear to see by the sheer amount of value funneling into various platforms. With this kind of interest, the pertinent question is: What will drive adoption and greater use of DeFi projects and products going forward?

Alexey Koloskov, CEO and co-founder of DeFi liquidity provider Orion Protocol, told Cointelegraph that a central cog in the future of DeFi will be integration with centralized exchanges and platforms. Koloskov believes that DeFi projects and decentralized exchanges, in particular, have arisen to provide traders with access to liquidity while retaining ownership of their assets, but they often lack the liquidity, trading pairs, user experience and features traders are looking for:

“Critical to the sustainability of the industry will be providing access to the benefits and opportunities across the market, but in a totally decentralized way: The most valuable opportunities will come from hybrid solutions bridging the gap between the centralized and decentralized worlds of crypto.”

Ish Goel, a founding member of DeFi prediction market PlotX, told Cointelegraph that although scaling continues to be a challenge that is slowly being resolved, two major obstacles need to be addressed to drive use and improve offerings from DeFi projects in user experience and transaction scaling, adding: “Projects need to further simplify their app UX to make it easy for an average user to interact with non-custodial community protocols that have never existed before. An average user doesn’t want to use MetaMask.”

While the utility of DeFi platforms has been proven by the sheer amount of value flooding into the space, this has also been an area of criticism for the ecosystem. Yield farming has become a hot topic, as cryptocurrency users with significant holdings of various tokens stand to make sizable returns by staking their holdings to earn yield.

While this has made some users a neat profit on their investments, many more have been fleeced by half-cooked projects and outright scams looking to capitalize on the hype of the space. It’s the proverbial dark side of DeFi, and it’s not lost on our industry insiders. Also, even when the DeFI projects seem to come from prominent developers or ride on the wave of social media hype, investors could still end up in tears over their lost funds.

Goel provided a more optimistic take on the yield farming phenomenon, suggesting that the positives outweigh the projects that have ended badly for some users: “Most DeFi projects are still very young, and at this stage, it is important for them to bootstrap liquidity and kickstart an aligned and engaged community.” He further added that “users are making money on these projects, but that plays a big role in helping bring initial traction for the project if they have a legit product. It’s a win-win in most cases.”

Koloskov agreed that DeFi has become somewhat synonymous with yield farming, and what started as a boon for the attraction of capital to the space began to tarnish the sector due to unsavory market practices and scams: “The execution revealed itself as little more than novel names, coding and viral marketing — centered around speculative price value with little consideration for real utility value through useful technology.” Koloskov noted that this was similar to what led to the demise of initial coin offerings and that it’s slowly happening to the DeFi space:

“The open-source nature of DeFi allowed for a host of ‘me too’ projects, but with the goal of exit scams instead of building a decentralized future of finance. But while the ‘bubble’ may show signs of bursting as a result, the technology that underpins it is here to stay: democratized access to global finance.”

Weighing up the hype

Having addressed the potentially negative perceptions of yield farming within the DeFi space, there is still no denying that the ecosystem is delivering value to users. Data from DeFiPulse estimates that the amount of value locked into various projects and platforms in the ecosystem has been growing exponentially. Goel admitted that the hype around DeFi may well be short of the actual utility that is being delivered by various platforms and projects. He added further:

“DeFi protocols are changing the definition of finance as it stands today. People are transacting billions of dollars worth of digital assets on protocols that are open-source. Finance is being democratized, and this is just the beginning of a new generation of businesses that are community-driven.”

Meanwhile, Koloskov believes that the utility of DeFi platforms means that anything can potentially be tokenized, which could disrupt the global finance sector and various industries. He reiterated that collaborations between industries will be key in driving the future of DeFi and a new financial system: “A successful decentralized financial system won’t be measured by its ability to exist separately to centralized financial institutions, but one that is able to act as an intermediary between the worlds consumers know and the immature world of DeFi.”