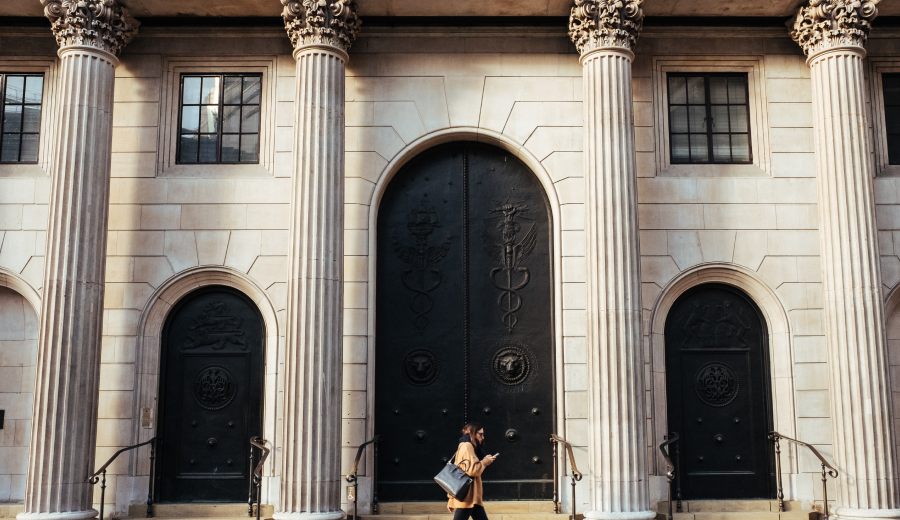 Sir Jon Cunliffe, Bank of England’s Deputy Governor for financial stability, shared his thoughts on the possibility of a crypto crash causing the next market meltdown similar to the 2008 global financial downturn.

In a speech given at Sibos, an annual conference, exhibition, and networking event organized by SWIFT for the financial services industry, the Deputy Governor said that a massive collapse in the price of cryptocurrencies, one that closes out to almost zero, is a plausible scenario that may become a ‘contagion’ that would spread across the global financial sector.

“When something in the financial system is growing very fast, and growing in largely unregulated space, financial stability authorities have to sit up and take notice. They have to think very carefully about what could happen and whether they, or other regulatory authorities, need to act.” Sir Cunliffe said.

Sir Cunliffe has been part of the Bank of England’s push for acquiring and leveraging crypto and blockchain technology, in an effort to counteract risks posed by crypto on the country’s financial stability. In late April this year, the Bank of England disclosed that it has been actively exploring central bank digital currencies (CBDCs), in an effort to revitalize its financial services sector post-Brexit. Sir Cunliffe was later tasked to co-chair a CBDC task force that will coordinate exploratory work on CBDCs alongside Katharine Braddick, Director General of financial services at Her Majesty’s Treasury. Sir Cunliffe was re-appointed to his post in 2018, having been first appointed in 2013.

On the matter of a UK digital currency in the form of a stablecoin based on the British Pound, Sir Cunliffe has generally been favorable of the idea. Rishi Sunak, Chancellor of the Exchequer (finance minister), has even gone out to make a nickname for the potential digital currency, calling it “Britcoin.”

In Sir Cunliffe’s speech, he also said that while the global crypto sector is accelerating in its pace of development, it also increasingly becoming connected to the traditional financial system, hence the emergence of ‘leveraged players’ as it were.

“Cryptoassets are growing fast and there is rapid development of new applications for the technology. The bulk of these assets have no intrinsic value and are vulnerable to major price corrections. The crypto world is beginning to connect to the traditional financial system and we are seeing the emergence of leveraged players. And, crucially, this is happening in largely unregulated space.” says Sir Cunliffe.

What constitutes a financial stability risk isn’t the fact that individual investors are exposed to these as potentially dangerous investments, but that large-scale acquisitions and expansions remain unregulated, opines Sir Cunliffe, who said that “the picture is less clear for financial institutions.” when compared to previous financial meltdowns such as the 2008 financial crash triggered by the sub-prime mortgage market’s collapse. Comparatively, crypto’s current capital flow is worth over $2.32 trillion (USD) is above the $1.2 trillion market in sub-prime mortgage backed securities in 2008. A global crash in the crypto sector would likely trigger a much larger impact than the 2008 crisis, Sir Cunliffe claims.

“A massive collapse in cryptoasset prices, similar to what we have seen in tech stocks and sub-prime, is certainly a plausible scenario. In such a price correction scenario, the first question that arises is the degree of interconnectedness between crypto and the conventional financial sector.” the deputy governor added.

Sir Cunliffe also commented on the emergence of decentralized finance (DeFi) and the requisite regulatory oversight that it would need, going forward, adding that the Bank of England has also begun to explore this sector, aside from CBDCs and stablecoins.

“DeFi is still in its early infancy but its rapid growth means that regulators, domestically and internationally, need to think seriously now about the risks of a broad range of financial services being effected through DeFi platforms and how to ensure risks are managed in the DeFi world to the same standards as they are managed in traditional finance.” Sir Cunliffe shares.

According to Sir Cunliffe, while crypto technologies open the risk of financial instability to a limited degree, regulatory bodies and governments should pro-actively create and introduce standards and regulation that would be able to manage the crypto sector in the same manner that traditional finance is managed and regulated.