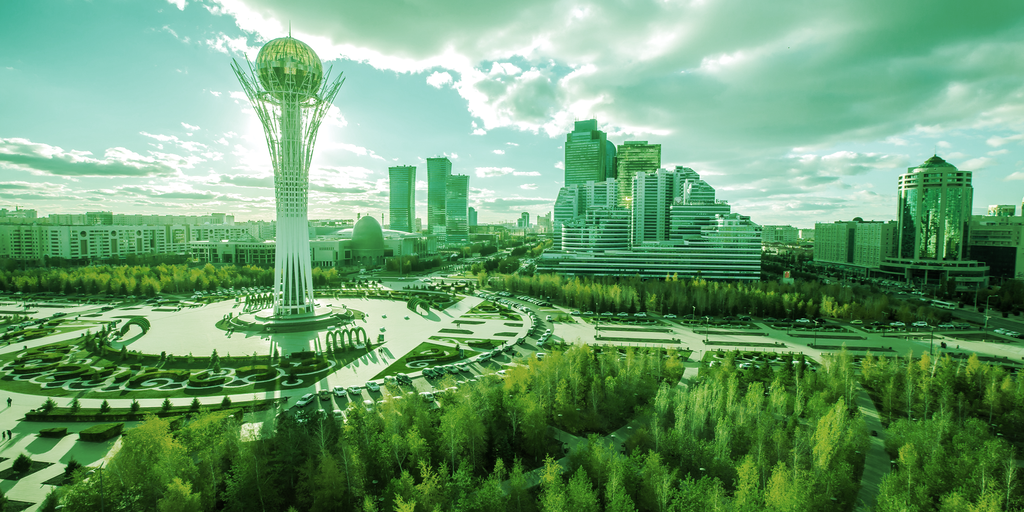 When China clamped down on Bitcoin mining earlier this year, over half of the Bitcoin’s network hashrate was forced into exile. Much of that moved to the U.S., as evidenced by a rash of hardware farms popping up in Texas and other crypto-friendly jurisdictions.

But not all of that hash power went so far. Kazakhstan, which has become the second-most-popular country for Bitcoin mining according to data from the Cambridge Centre for Alternative Finance, is at a crossroads thanks to reduced natural resources, a desire to move toward renewable alternatives, and calls from regulated miners to clean up an underground crypto economy.

Kazakhstan Energy Minister Magzum Mirzagaliyev assured crypto miners yesterday that regulated operations wouldn’t be cut off from the national grid. However, so-called grey miners, those that aren’t registered with the government, may soon find themselves having to make a choice between registering or getting out of the country.

Kazakhstan is a Central Asian country rich in natural resources. The former Soviet republic boasts some of the lowest electricity prices for households or businesses in the world (about half the rates in the U.S.)—ideal for energy-intensive Bitcoin mining. Moreover, crypto mining remains cheap in Kazakhstan not due to a purely free market, but, ironically, a state-regulated one that leans on coal to boost a well-performing economy.

The country is starting to feel the strain, especially as it looks to move to greener power sources. The government estimates crypto mining eats up 8% of the country’s electricity capacity—with two-thirds of that from unregulated miners.

The National Association of Blockchain and Data Center Industry, a Kazakhstan trade group, sees an easy solution. On Tuesday, it called for the government to go after grey miners, who have the potential to ruin the relatively sweet deal for regulated actors.

“While many illegal miners have setup [sic] operations in recent months, there are many Bitcoin mining companies who’ve been operating in the country for many years who fully comply with all laws, pay their taxes, and provide local jobs,” said association president Alan Dorjiyev. He added that the association is “proactively collaborating with” both the Ministry of Energy and Ministry of Digital Development to “create a fair and transparent market where those who follow the rules are able to operate while those who do not will be forced out of business.”

According to a report Wednesday from Reuters, some grey miners are concerned about officially registering not only because of increased tax requirements but also due to additional government proposals being discussed. “The tax that the government plans to introduce is something that miners can afford to pay,” the news agency quoted one anonymous miner as saying. “But it is unclear what demands the government may put up further on.”

If they are too much, Bitcoin mining may be on the move again.