After tapping highs of $11,400 on Monday, the benchmark digital asset has been trading around the $11,000 level.

Yesterday, bulls made a few attempts to catalyze further upwards momentum, but each one was unsuccessful, with a significant amount of selling pressure currently being laced throughout the mid-$11,000 region.

In the near-term, analysts are noting that BTC bulls need to hold its price above $10,800 for it to remain in bull territory.

If they can do this, the next level to target is $11,500, as a break above this could be all that’s needed to spark the next leg higher.

At the time of writing, Bitcoin is trading down over 2% at its current price of $10,900. This marks a notable decline from daily highs of $11,250 that were set yesterday afternoon.

The present weakness seen by BTC suggests that bulls are losing their momentum and that the recent rally may have slightly overextended itself.

That being said, one analyst is noting that Bitcoin remains in firm bull territory so long as it can maintain above $10,800.

He references the digital asset’s Ichimoku Cloud to support this notion.

“Based on the cloud – bullish bias above 10.8k,” he said while pointing to the chart seen below. 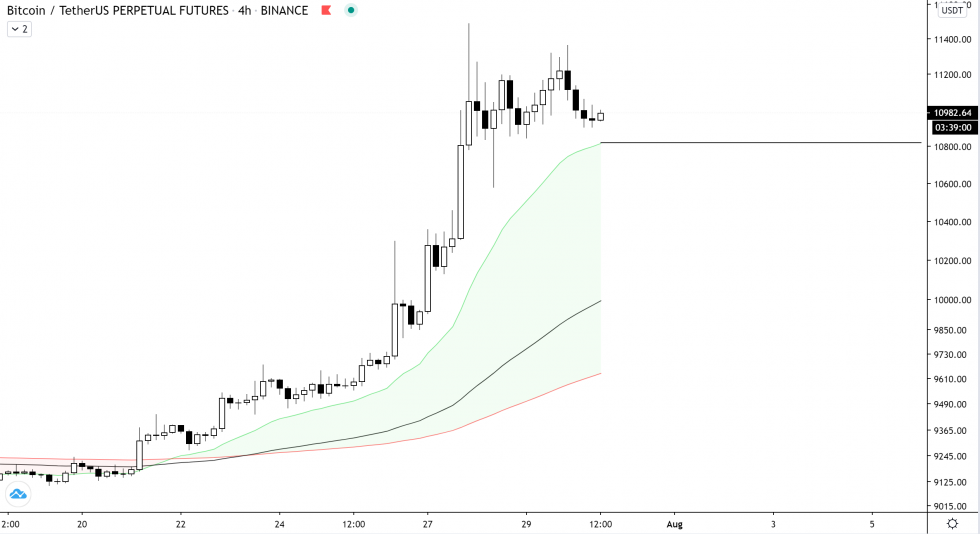 It has tested this level on a few occasions throughout the early morning hours but has yet to break below it.

BTC Needs to Flip $11,500 Into Support to Continue Pushing Higher

Another analyst explained in a recent tweet that the next leg of Bitcoin’s upwards journey will only come about if it can break above $11,500 and flip this resistance level into support.

“Target has been met. The next leg of this journey will begin once 11.5k is flipped from resistance to support,” he explained while pointing to the chart seen below. 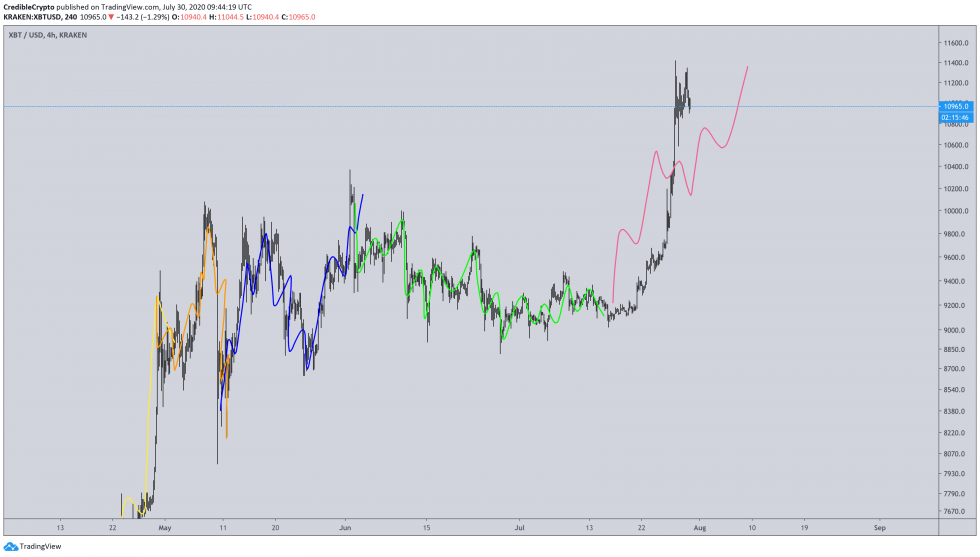 Because Bitcoin is currently trading right around these crucial levels, investors and analysts will likely soon garner greater insight into its mid-term trend.